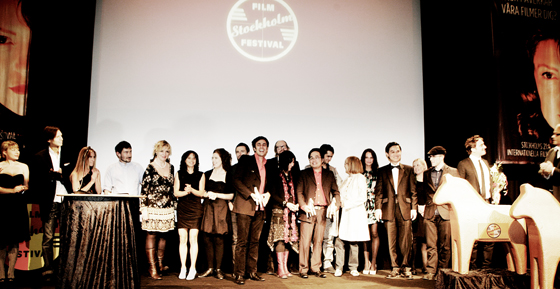 This year, more than before, I was looking forward to the film festival. This year it had more of a purpose because I was going to cover it for YAM, and even more because I was getting to open our new website with the coverage. The pressure was on. I had to see as many films as possible. Since we have just begun, getting a press pass felt impossible, but with a little push from Amy, I sent a request. Imagine my amazed face when I got the email from the press center telling me that a shiny press pass was going to be waiting for me. With that in the bag, Amy nagged me about seeing more of the films that were competing for this year’s Bronze Horse.

Sadly, this year’s competition films sucked ass, at least that is my impression of it. Then again, I am such a trailer whore, if the trailer doesn’t look good, I won’t look at the movie and that is it. I am so damn judgmental that way, but if I am going to watch a movie I need to enjoy it… not to watch it for the sake of a review.

There are some sacrifices to be made for the sake of YAM, so I bought my tickets for the movies I wanted to see and then dumped the rest on Lotta. She has been so kind in helping me cover the festival this year. In between school and work, being able to watch as many movies as possible was a huge challenge. So we at YAM are really thankful. Thank you, Lotta, for the help and we hope that you keep on contributing with your writing in future posts.

How was the festival during (17 – 28 November) its ten days? Well, I managed to score some interviews, I saw almost one movie a day, and I was tweeting like mad from inside the cinemas and places surrounding the festival. It was fun, it was a bit scary and I bet I must have given the impression that I was a total noob. I was so nervous during the interviews, it wasn’t funny. I really hope that I did a good job, and I am really grateful to the press staff at the Stockholm Film Festival for their professional and kind approach.

Next year, I am devoting myself to full coverage. Hopefully, it will be a better festival, since it felt that this year was a bit stale. But it’s hardly surprising, seeing as last year was the festival’s 20th anniversary; they went all out and it was one of the best events I can remember.

All in all, it was as it always is: Ten days of films from all around the world, getting to fall in love with more directors and actors, indulging in interesting and heartbreaking stories. Ten days of film loving, running around trying to watch as many as possible. There is no denying that the Stockholm Film Festival is hectic, yet cozy!