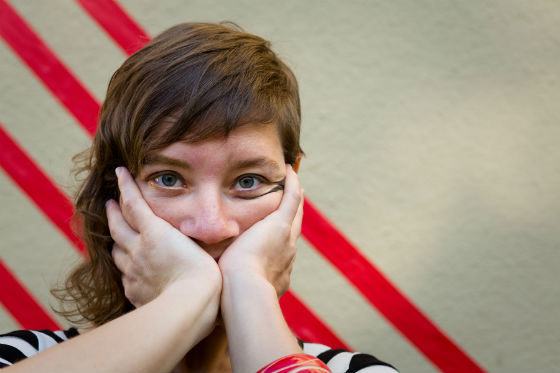 Last night at the Castro Theatre, as part of the 55th San Francisco International Film Festival, muscian Merrill Garbus of the band tUnE-yArDs presented live accompainament to several Buster Keaton and Roscoe “Fatty” Arbuckle silent shorts. The Castro Theatre was filled to its 1,400 seat capacity, with an audience ranging from young kids to twenty-somethings to older festival-goers.

Along with her backing band, Garbus also played with San Franciscan native Ava Mendoza on guitar. Garbus is known for creating drum loops and layering them with vocals, as well as other instruments such a ukulele, voice and electric bass. Last night there was also saxophone and baritone saxophone.

The avant-garde scores were coupled with the following shorts: One Week (1920), Good Night, Nurse! (1918), The Haunted House (1921) and The Cook (1918). Like Gioavanni Spinelli’s electric guitar score for F. W. Murnau’s Sunrise at last summer’s San Francisco Silent Film Festival, these scores are not what you expect when you think of silent cinema music. There were probably also plenty of purists who did not like Garbus’s take on the films. 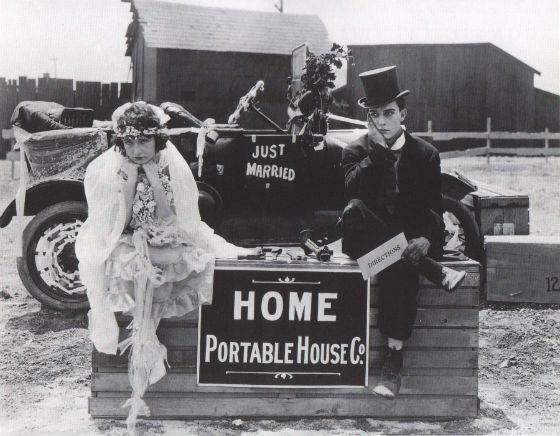 Sybil Seely and Buster Keaton in One Week

While it did take awhile to get used to, some of the scores worked so wonderfully with the films. The score for the Roscoe “Fatty” Arbuckle directed Good Night, Nurse! set the tone and mood for the surreal film perfectly. The score for One Week, however, I think detracted a bit from some of the subtleties of the film.

Aside from the scores, the films were received extremely well by an audience that appeared to be more fans of tUnE-yArds than of Buster and Fatty themselves.  Hopefully, the exposure to these comic geniuses of the silent film era will inspire them to explore their filmographies and delve deeper into the silent film era.

Keaton’s pratfalls and deadpan face, amazing aerobic feats and comedic timing translate just as well today as they did 90 years ago, as the audience laughed at all the right places. True to Castro Theatre audience protocol, cheering of heroes and booing of villains was also had throughout the event. 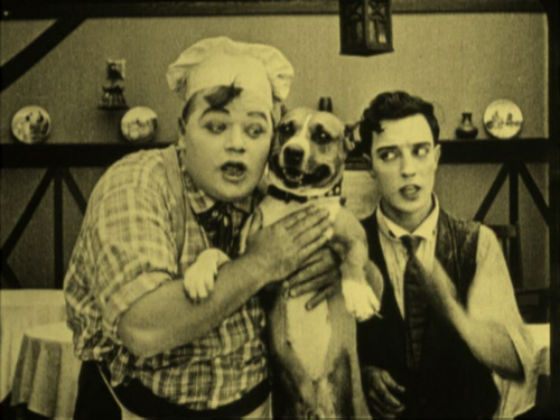 Roscoe “Fatty” Arbuckle, Luke the dog and Buster Keaton in The Cook

As a major fan of Roscoe “Fatty” Arbuckle, I am glad the San Francisco International Film Festival chose to highlight some of his films along with some of Buster’s more well-known solo efforts. I heard from someone that they didn’t realize Keaton started out working with Arbuckle, so hopefully a night like this will help more people realize this. If anyone deserves a renaissance, it is Roscoe “Fatty” Arbuckle.

The San Francisco International Film Festival opened on April 19th and runs through May 3rd.