San Francisco International Film Festival 2012: Interviews With The Directors of The Fourth Dimension 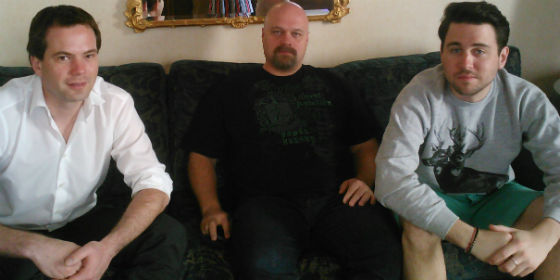 YAM: Alexy, Giordano Bruno, who is mentioned in your segment, had theories about infinite worlds and the art of memory. Did that inspire your story at all?
Alexy Fedorchenko: No, actually his books and his works didn’t influence me at all. I just wanted to pick a character from history that would be sort of not well known to the audience. So I picked Giordano Bruno because the main character is very intellectual and he is very well read. But actually it could have been anyone or any random historic event.

YAM: Jan, the color palette in your film was very vibrant, could you explain why?
Jan Kwiecinski: Basically, we tried to show this, in a way, ugly, old village – it’s beautiful in my opinion – but when you are going there and you see it you can find it very ugly. So we decided to create this world, which a lot of people find ugly, as a sort of dream-world, a heaven place. Like to create a fairytale look in a way.  That was the main idea.

YAM: You said last night that you won a script contest and that’s how you became involved in this project.
JK: Yeah, there was a pitch contest and Alexy and I won the pitch. In both Russia and Poland there were these contests. 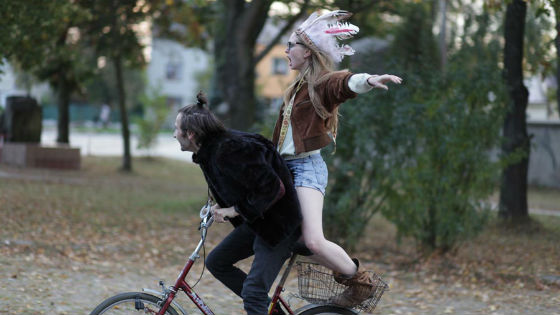 YAM: Why were the two countries, besides the United States, Russia and Poland? How were those two countries chosen?
Thomas Kamphuis: It’s a complicated process. For Grolsch, Poland and Russia are very important markets and therefore we selected these two areas. We wanted to keep the film into three parts because otherwise it would be too scattered. The U.S. obviously has a big talent pool that we could use for the film and then we added the two other countries, which I think, also in contrast to the whole film, are really nice. First you see the American set-up, then you see the Russian and Polish. It gives a great diversity to the film.
JK: Also, we are going from Harmony’s town, which is kind of small, and then Alexy’s town, which I think is the biggest, and then mine is like the tiniest village you can find. I think even in Poland it’s tiny. I think that transition works well.

YAM: And you guys had not seen each other’s segments until last night?
JK: Yeah, we hadn’t. That was intense.

YAM: Do you think that your segments complimented each other?
JK: I think so, that’s why I really liked it. I was really nervous about it. I am really getting nervous and it was exciting to see them all together.
AF: I was also quite surprised by the countries that they decided to go for. Why Poland, Russia and the United States and not some other European countries? I am quite satisfied with the way the picture turned out. I think it is a complete picture, rather than three separate stories.

YAM: What was the inspiration to start doing films?
TK: Grolsch has been inspired by character and creativity for the last 400 years and I think that independent film and independent cinema is an art form that is also very much about character and creativity. So there is a very natural link between our brands and what we see happening in independent film and therefore we decided we can sponsor it and be a part of it and get people like Alexy and Jan and Harmony to realize their visions. Like we have realized ours over the last 400 years.

YAM: Do you have plans to finance other films?
TK: Well, we have plans to be very engaged in the independent film community and we will continue to support young filmmakers. But what the exact plans are we cannot disclose at the moment.

YAM: Jan, I read that you have another feature coming out. Is it in pre-production right now?
JK: It’s in script form right now. I am developing a short film I wrote called The Incident and I want to make a feature from it.

YAM: Do you want to film that in Poland?
JK: No, I’d like to make it in the States. 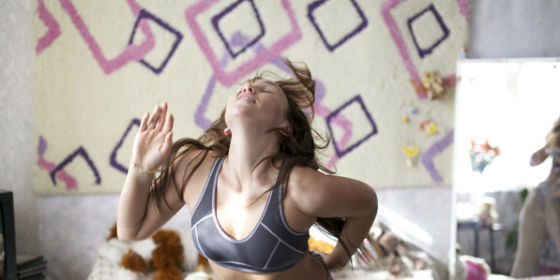 YAM: What were the philosophical influences behind your films? Were they inspired by personal philosophies or by philosophers?
JK: No philosopher inspired it. Already following the brief where you have to approach the fourth dimension and tell a story from the margins of society that it was already deep enough to think about it that I didn’t need anything more. In a way, I was struggling with how to approach this subject; margins of society, fourth dimension, how to blur the lines between reality and fiction. So that took me a lot of time and the philosophy behind it was just the struggle of thinking about it.
AF: It was based on life experiences, rather than any particular philosphers.

The San Francisco International Film Festival opened on April 19th and runs through May 3rd.