YAM Magazine was fortunate enough to speak with director Jake Schreier, whose debut film Robot & Frank opens in the United States on Friday. 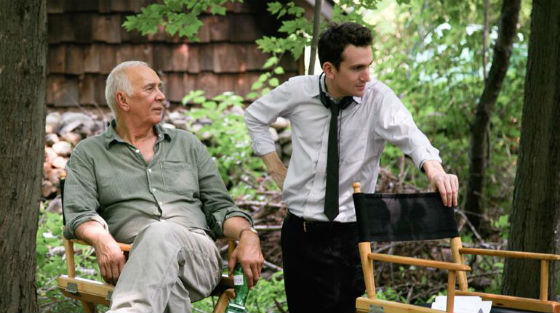 Frank Langella and director Jake Schreier on the set

Since this was your first feature, what exactly was it like working with acting legends such as Frank Langella and Susan Sarandon? Was that terrifying?

[laughs] Well, I was lucky enough that Frank signed on about eight months before we shot, so I had a chance to get to know him first and thus be less intimidated by him when we were on set. Definitely the first few days of shooting were Frank and Susan’s scenes, and I sort of forgot to direct because I was just so impressed.

I was just like, “That was great! Let’s do it again.” At some point I was like, “Yeah I should probably do my job.” They’re just so, you know when you’re on an indie movie and you only have twenty days to shoot, you know, they can turn it on so quickly and they have so much talent that it is almost like the only way you can imagine getting it done.

They can be that good in those few takes and you can move on without having to compromise. It’s a really amazing thing to watch. 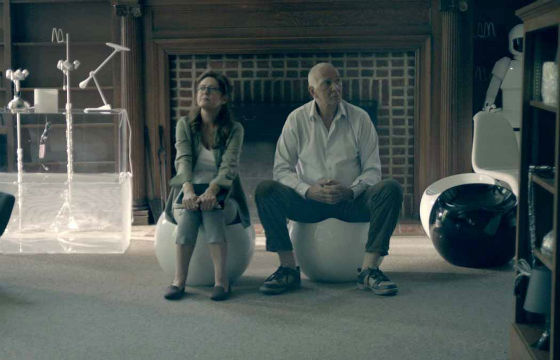 You started out directing commercials like Ridley Scott. Do you think your experience working on a commercial budget and time frame really helped your ability to direct this film so quickly and efficiently?

It’s funny because a commercial’s budget for one day of shooting is like a quarter or an eighth of our budget for the whole movie. So I don’t think the budget helped. But I think that certainly what’s nice about commercials is that you get experience doing all kinds of different stuff and you get really familiar with all the technology and different methods.

You also can just try out a lot of things so that by the time you get to a feature, you are less concerned about proving something visually in any one way or the other; you’ve kind of worked that out of your system and you can focus on what’s best for the story.

You and screenwriter Christopher Ford have been friends since high school, correct?