Frankly, nobody loves the Titanic like James Cameron does and this film is truly a testament to his adoration. The story, I’ll admit, isn’t quite as compelling as it was over a decade ago. Maybe it’s because I was ten years old the first time I saw it, long after it came out on VHS, and the wonders of watching a three-hour movie with two painfully good-looking people and a giant ship sinking into the ocean was just overwhelming to me, but that movie has stayed close to my heart. However silly that might sound, and however much I wish every scene with Bill Paxton had stayed on the cutting room floor, it’s still a better love story than half of the romances that Hollywood barfs out every year. 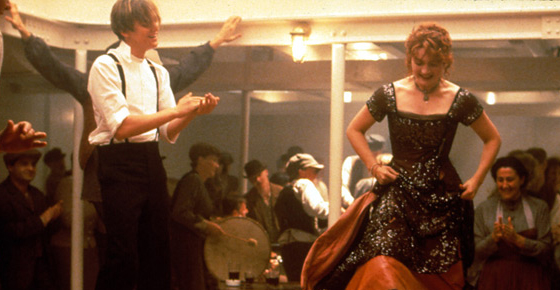 The chemistry that Kate Winslet and Leonardo DiCaprio share on screen is really what makes the okay story compelling. It’s neither actor’s best performance, but something about it pulls on heartstrings. You enter this knowing that a love between these two is doomed to sink into the depths of an icy ocean (who hasn’t heard the line, “I’ll never let go Jack,” at least once?), but the chemistry between these actors adds a spark of life and hope to their tragic tale. It’s a little bit cheesy, it’s a little bit sad, and it’s also a whole lot of Celine Dion.*

Pushing Jack and Rose’s tale aside, so much of Titanic‘s appeal comes from just how brilliant the technical aspects are. The marriage between cinematography, special effects, costume design, set direction, and sound work is something to be witnessed. Over an hour is dedicated to simply introducing us to the world that the people aboard this ship inhabit; to simply give us a taste of what society and life was like in 1912. Once we find ourselves embracing such a world, it is slowly stripped away from us just as life is stripped away from thousands upon thousands of people. No matter how the presentation has been dressed up, it remains a tragedy, and one that was depicted well on film. 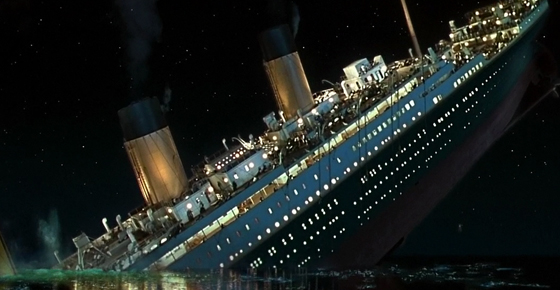 In terms of the 3D re-release, there’s really no point in wasting the extra money. It’s your traditional post-production 3D work and doesn’t provide anything special to the experience (unless you really want those special edition golden 3D glasses). What you should do, assuming you care to revisit Titanic, is check out the 2D re-release because the restoration truly is worth witnessing. At the very least, you can look at the new star field that Neil deGrasse Tyson provided for James Cameron to fix a historical inaccuracy in the night sky.

*Seriously, the way they use that song in the marketing is genius. A true testament to the power that music can have over the mind.