Admit it, you can’t listen to Celine Dion’s My Heart Will Go On without tearing up. Maybe, every once in a while, you shamelessly go sit on the couch with a bucket of ice cream to watch Titanic just to have Kate and Leo break your heart to pieces and cry yourself to sleep. It’s okay, we’ve all been there.* 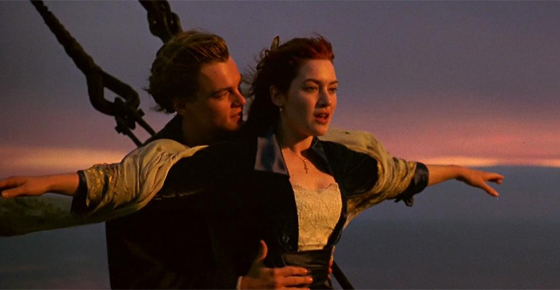 Whether you’re willing to come clean about it or not, you’ve probably seen Titanic at some point or another in your life. Even after fifteen years it hasn’t really lost any of its popularity, regardless of how many people might complain about it. So it swept the Academy Awards and your favorite movie didn’t win Best Picture? Too bad. You don’t see Kate Winslet complaining about not holding one of the eleven Oscars that Titanic won.**

With a re-release crashing into theaters this week, it’s time to revisit James Cameron’s love letter to the Titanic and the way people feel about it fifteen years later.

*This assumption is based on a true event in my post break-up life. I know I’m like a preteen girl sometimes and I can live with that.

**I still think she was totally robbed for that performance, but whatever