So Why Are Some Films Labeled Propaganda? 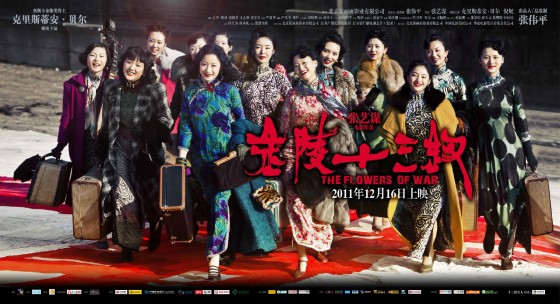 If all films have a message, why was The Flower of War singled out and panned — with an undeserved 29% on RottenTomatoes — for its melodrama (which depends on taste and culture) and for being a propaganda film? [1]

Are we this uncomfortable with China that even a slight hint of people being sympathetic towards them scares the crap out of the rest? Or are we just jealous that Zhang Yimou is no longer releasing films that only film lovers know and that the general public might *le gasp* actually kinda like?

So let’s make this clear… if I’m a right-wing and anti-LGBT rights, any positive LGBT film will be propaganda promoting the “gay agenda” and all films with a social message will carry the “left-wing propaganda” label. Liberals will label films promoting anything remotely religious as “right-wing propaganda” and everything that shows China in any positive light is… well, just “communist” — nevermind that China is probably the biggest capitalist nation now.

The only film that I’ve actually seen people split about is Jesus Camp:

Some people find it incredibly unsettling, the rest find it terribly inspiring.

So which one are you?

Tell me which films you feel are propaganda, and I’ll tell you who you are.