According to Dictionary.com, the term “propaganda” is information, ideas, or rumors deliberately spread widely to help or harm a person, group, movement, institution, nation, etc.

In theory, propaganda is, or should be, neutral — hence using it to spread information relating to public health. In Spanish, we even use the term when referring to commercials. However, the very idea of “helping or harming” a subject makes the neutrality of the term void. If propaganda were neutral, it would only inform. If propaganda only informed, it would be educational — and education isn’t neutral either, but that’s a subject for another post.

“Propaganda is a form of communication that is aimed at influencing the attitude of a community toward some cause or position so as to benefit oneself or one’s group.” 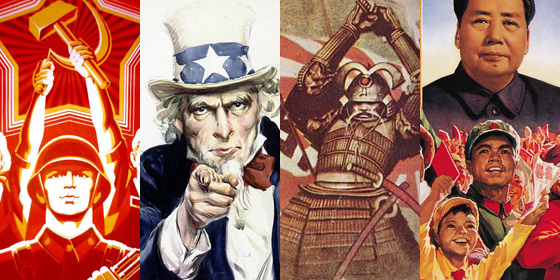 The main thought behind propaganda is to promote an idea, and as V said, “Ideas are bulletproof” — until you think about them way too much and you start finding plot holes bigger than any plot hole in a time-travel movie.

Or the ideas get so dated that they get replaced for a newer one that works much better, like the dinosaur concepts in Jurassic Park.

Ideas evolve, your way of thinking develops in time to go with the current, or sometimes to go against it.