Peruvian Animation, Features and the Lack of Short Films

I eavesdrop a lot. I just like listening to people talk because I don’t talk much. So I clearly remember seeing Schuldt at the TRON: Legacy screening, and then eavesdropping on his conversation about his latest project. 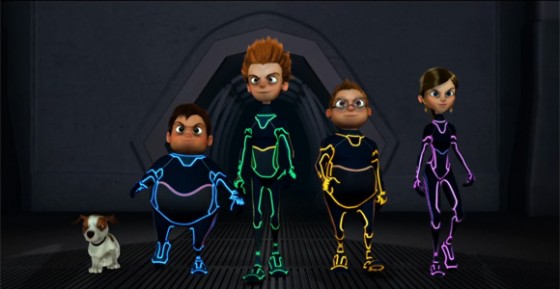 You can actually see his TRON inspiration on the trailer, non?

It’s not even funny, right? For you — not used to Peruvian animation?

I actually still get to cringe for the voice-acting. The character modelling does look a bit generic, and the animation feels clunky — but believe me! They have improved. I just wished… they would decide to improve while making animated shorts instead of feature films.

But as explained before — it was probably during a Q&A, animated shorts can’t be released in theaters and make money.

So here lies the question~

Do we as consumers tear down anything that they are making us pay for, even though we are aware that they are infants in the business? Or do we go and applaud their effort for trying to develop an industry that just isn’t.

Would we as an audience applaud their efforts more if they were releasing animated shorts, testing out waters and developing projects way more often to improve their craft at the risk of not making enough money?

Pixar had a tough beginning. They worked on TV ads to make ends meet, but they continued working on animated shorts for a number of years before they ever dared to develop Toy Story. The Toy Story pre-production process wasn’t smooth either, they re-wrote the whole thing a few couple of times before they finally settle in Woody the flimsy cowboy toy and the slick Buzz Lightyear the spaceman. These guys had worked as traditional animators when they got into the CGI animation business… they learned to handle the medium, but they knew how to animate.

The basics of animation.

Drawing the bouncing ball (or bouncing sack) was probably one of the most time-consuming things ever, but what both teachers told me was true. Animation and acting are tied together. Animators act through the characters they animate.

It’s not just characters sitting on a paper. They move.

Once we animate them, our characters breath and live.

As an animator with little experience, looking at actors move as the characters — it helps. I wish they would animate their films after the actors had done their voice work. Recording an actor do his magic can be amazing, and anyone who’s watched Aladdin and has watched Robin Williams do his magic can attest to that. However, it’s hard to focus on the little details — characters blinking, pfft! — when you’re practicing in feature films.

Making a feature film is a humongous task, so developing your talent is hard to do when you’re also trying to make profit. I know Eduardo Schuldt can’t sell a short film, but I wish he would do side-projects — a passion project that he’s not trying to sell, just an animation project made by people who love animation and want to do something different… it can be as short as five or three minutes long, maybe experimental… a side-project that doesn’t focus on being sold. Take it as the student project you never got to do.