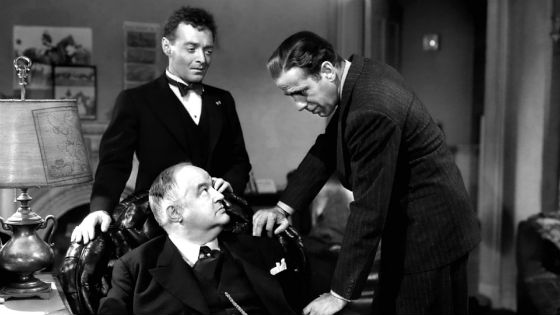 As the festival neared its end, the Castro stayed filled to capacity for a six-film showcase inspired by the works of the brilliant crime writer Dashiell Hammet.

The first film was a very rare, very early talkie called Roadhouse Nights. This was followed by a screening of the 1931 pre-code adaptation of The Maltese Falcon, which is a much racier telling of the classic story. The third film was Rouben Mamoulian’s superb City Streets, featuring Gary Cooper and Sylvia Sidney. The film was recently beautifully restored by the UCLA Film & Television Archive.

Next up was the rarely-seen comic detective film Mr. Dynamite, which was an extremely loose adaptation of a treatment written by Hammet. The final double feature of the festival paired 1942’s The Glass Key — one of four films in which Alan Ladd and Veronica Lake co-starred — and, of course, John Huston’s 1941 masterpiece The Maltese Falcon.

The final film is cited by most — including Eddie Muller himself — as the film that really sparked the entire film noir era, and it’s hard to argue against that. Humphrey Bogart is pretty much the original morally ambiguous hero and every hard-boiled noir hero since owes their performances in part to Bogart in that remarkable film. 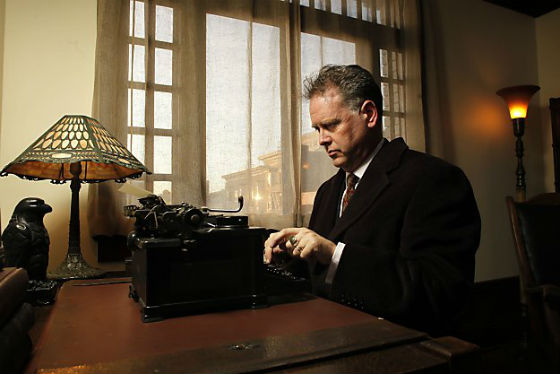 There were so many great things about this ten day festival, but I think the greatest of its achievements was the sense of camaraderie amongst the festival attendees. Roughly 1,400 people gathered each night to celebrate the stuff that bad dreams are made of. And celebrate they did.

In an era when digital projection and online streaming is becoming more and more the standard, it’s wonderful to not only have a festival like this that celebrates the origins of the medium in glorious 35mm, but also to know that people really do still care.

My hat goes off to Eddie Muller, everyone at the Castro Theatre, the Film Noir Foundation and everyone who came out throughout the ten sensational nights. Here’s hoping for another ten years of booze, dames and good old-fashioned hard-boiled fun.