Whew, what a great five days that was. But, of course, the festival did not stop there. Oh, no indeed. To get festival goers over the mid-fest slump, Muller screened a a double whammy of consummate noir filmmaker Samuel Fuller films. The first was 1955’s technicolor and cinemascope epic House of Bamboo, featuring thrilling performances from noir regulars Robert Stack and Robert Ryan. The second film that night was 1961’s Underworld, U.S.A., featuring a tour-de-force performance from future Oscar-winner Cliff Robertson. 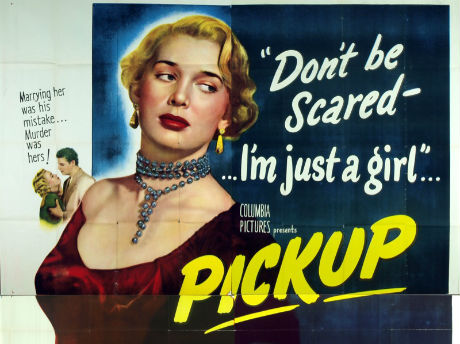 In Naked Alibi, Grahame stars opposite Sterling Hayden, who plays a stirring game of cat-and-mouse with villain Gene Barry. In Pickup, Beverly Michaels plays one of the most unapologetically straightforward “dames” in film history. She was so amazing in this film, it’s surprising to me that she wasn’t a bigger star in the end. 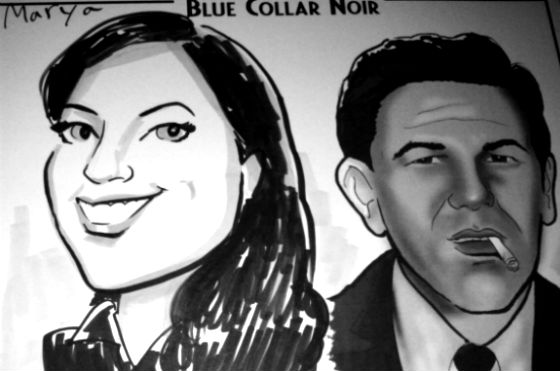 Both Thursday night and Friday night featured a wine-tasting with Tough Dame Sauvignon, as well as free caricatures featuring you and your favorite noir actor or actress.