Day three was a tribute to author Vera Caspary with three screenings of Otto Preminger’s masterpiece Laura, starring Gene Tierney, and one very special screening of Lance Comfort’s Bedelia. The latter film was on loan from the British Film Institute under the condition that it only be screened once, as it is the only archival print left of the film. While Bedelia may not be quite as masterful as Laura, it features a knock-out performance from the quintessential British femme fatale, Margaret Lockwood. 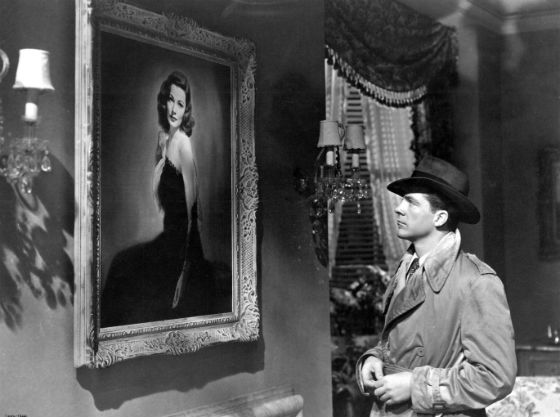 The fourth day was a tribute to the twenty-year onscreen partnership between Rita Hayworth and Glenn Ford — a personal favorite actor of mine. The first film was the classic Gilda, which is perhaps Hayworth’s most well-known and certainly her most iconic performance. The second was Burt Kennedy’s sixties-infused neo-noir, The Money Trap, which also featured the bonus treat of a villainous Joseph Cotten. 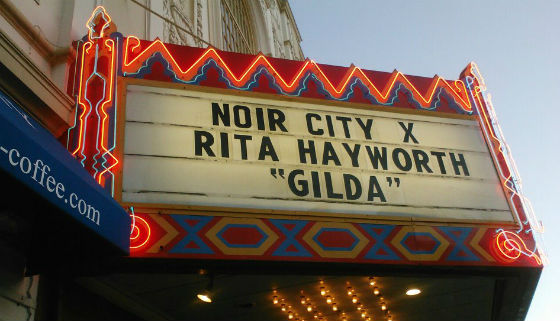 Shaking things up a bit for day five, Muller stepped outside the box a little to bring a night of comedy noir. Yes, comedy noir. The first film was Preston Sturges’s maniacally zany Unfaithfully Yours, which masterfully puts a comic twist on the classic noir trope: how to kill your wife and get away scott-free.

The second was a much rarer film, Lloyd Bacon’s The Good Humor Man, in which a hapless ice cream truck man gets himself caught up with a femme fatale and gangster intrigue. The film’s last fifteen minutes is perhaps one of the funniest madcap chases, featuring pratfalls and pie-throwing, I’ve ever seen.