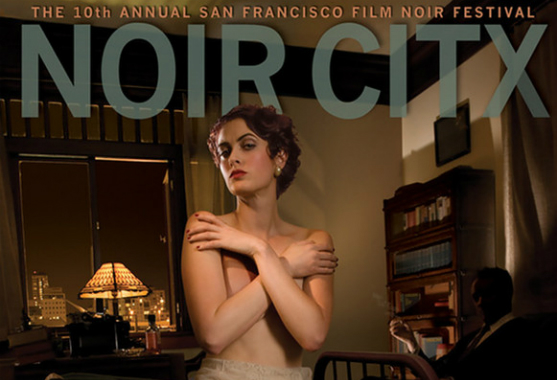 Last night at the Film Noir Foundation’s Noir City X, the “Czar of Noir”, Eddie Muller, held a Q&A live on stage at San Francisco’s Castro Theatre with legendary actress Angie Dickinson. During the nearly hour-long chat, Dickinson dished on her start in the movie business, what it was like to work with Marlon Brando and Lee Marvin, hanging out with the Rat Pack, her relationship with JFK and her four favorite films of 2011.

Eddie Muller: Let’s talk about the movie they all just saw [The Killers, 1964].
Angie Dickinson: President Reagan was such a sweet man. You know in movies we don’t really hit; you all know that by now. Every time I met him, which was maybe five or six times after he became President [of the United State of America], he would say, “I’m sure glad I didn’t really have to hit you.”

EM: Okay, and of course, you worked with some pretty interesting men in this movie, right? I mean the film starts out, pretty hot guy John Cassevetes. Pretty interesting guy. What was it like working with him?
AD: Wonderful. He was incredible because he was one of the actors in town that we all considered a real actor. He was very special. He was great. But he didn’t really like acting anymore. He prefered the directing and the writing. 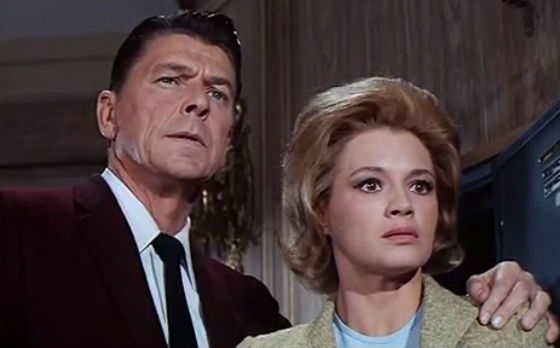 Angie Dickinson with Ronald Reagan in The Killers

EM: And of course, the man of the hour: Lee Marvin. What can you tell us about Lee Marvin?
AD: Well, he could sure take a hit. He was a marine all the way. He was so stoic and really strong. Strong physically and strong mentally. And I think he was a very sad man. I think many of us have learned that, since his movie career, about how the performance that he had to make in World War II in the South Pacific and he was shot incidentally, really affected him. So much more than I had realized and I did not know it at the time and I am sorry about that. I think the war made him sad.