Best war movie and Gregory Peck is so fine. 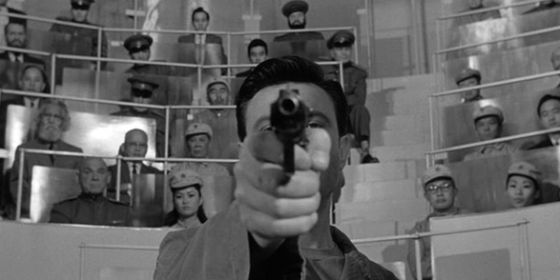 Scariest mother of all time and the art direction of the dream sequences is stunning.

Best ensemble of all time. Steve McQueen on a motorcycle.

My favorite movie of all time. I love the part where the Welshmen sing in response to the Zulus.

Who wouldn’t fall in love with Peter O’Toole after this?!

The greatest of the Spaghetti Westerns.

I love Lee Marvin in this.

Changed my life, as it was the first Clint Eastwood movie I ever saw.

It’s hard to explain what an impact this movie made on films if you weren’t alive at the time. A real game changer.

I wish I were Patton.