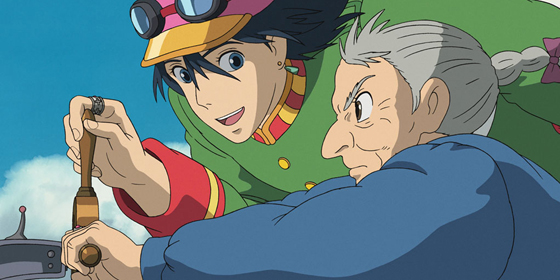 Before Pixar ever gave us Mr. Fredricksen, Studio Ghibli gave us Sophie xD

Okay, Sophie isn’t really an old woman, but she looks like one for a big chunk of the film, and it doesn’t matter that she looks like an oba-chan, she will do what it takes to get things done!

Also, how funny is that scene in which both old women have to go up all those stairs? 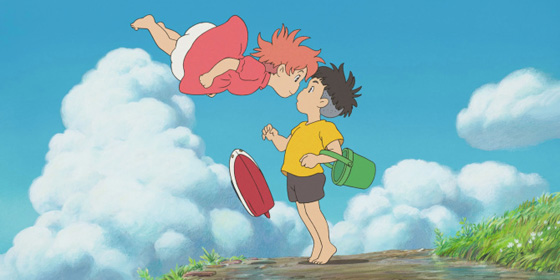 Can we just say Ponyo is such a troublemaker?

This little fish child, Miyazaki’s version of The Little Mermaid, gets things into motion. Unlike the Little Mermaid, Ponyo gives herself the legs she wants and causes all the mayhem on her own. Ponyo is like “pish-posh, Ursula. I don’t need your magic, I got my own to make me look kind of… human-like.” 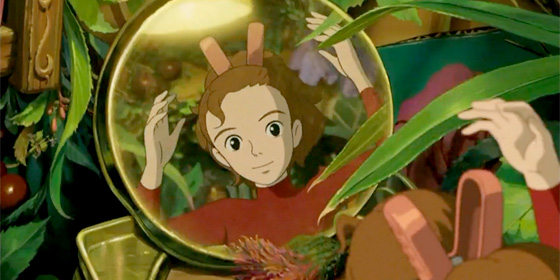 Ghibli continued with its exploration of the coming of age story with Arrietty, which shows us an Arrietty full of energy and ready to explore without any fear!

Having said that, I am mighty excited with the release of the upcoming Pixar’s Brave, for which they recently released the first teaser. It shouldn’t make me this excited, but as you can see… little girls have little to play with.

Your turn, who were you pretending to be when you were a kid?

Can you find other female heroes in animation?

Guys, if you had daughters whom would you wish they would look up to?