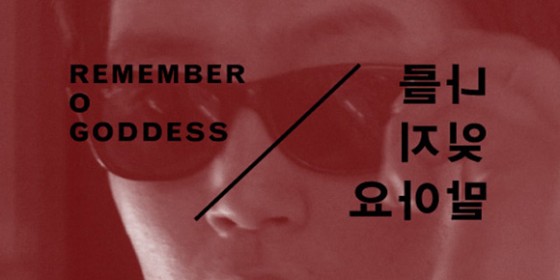 How did you manage one month of pre-production and a couple of weeks of post?

That’s the best way to get the professional crews and actors to work for your film with no payment or fees. Even if they’re willing to help you, if the process goes too slow, they have to go back to their paid jobs, so there is no choice of slowing down the process. At the same time, I personally like to move fast since it forces me to make decisions quickly.

I’m not really familiar with Hwang Soo-ah’s Why Did You Come to my House (우리집에 왜 왔니), but I really love some of the music videos she’s done for people like Brown Eyed Girls and SunnyHill.

I noticed that you have… sort of, a music video for Vodkarain [1]. If given the chance, would working as a music video director be something you’d be interested in?

Indeed when I was young I dreamt to become a MV director in the first place, rather than a feature film director, because I’m part of the ‘so-called’ MTV generation in Korea.

I was fascinated by the music video of Sting’s Shape of My Heart [MV]. That video shows musicians playing the instruments beautifully according to the flow of the music rather than juxtaposing eye-popping images. I wanted to make those kinds of music videos that showed the respect for the musicians and their music, but I realized that those Korean musicians, whom I loved to work with, could not afford to make music videos for themselves. Then I dropped my dream.

But that doesn’t mean that I don’t like those music videos of idol dance groups. I like to watch them — I agree that director Hwang Soo-ah’s videos are all fantastic. I’m not sure I’ll be able to make as good videos as she makes.

People work out their ideas, prepare, and launch projects to garner their film’s budget on websites like Kickstarter. They shoot on cameras that shoot in HD (or even camera phones), edit on their home computers, promote on social media and posts their videos online, while also being able to add their films on places like iTunes or Amazon and other platforms.

I started filmmaking at CalArts where they encouraged students to experiment with their media as freely as they can. In the first place, I fell in love with 16mm and super-8mm, so I made all the school works on film and finished on print. I was so into the process of making film on film, and the images projected through celluloid.

I still love film more than video; I prefer watching movies projected on screen to looking at them on my phone. However, as I moved from experimental filmmaking to narrative filmmaking, I turned to focus on directing rather than cinematography, so I became less picky about the screening condition or the medium of my work.

I learned that movies are made by people, not by technology. I think it’s amazing that film technology is becoming more accessible, and even fundraising opportunities are rising. The more people get chances to make film, the more fun movies will come out to the world.

Do you have any message for all the independent/Asian/Korean film lovers out there that might be on the fence about backing Remember O Goddess?

We are over halfway through meeting our goal of raising $30,000. We’ve connected with people from all over the world, and learned that we could do this because of the former independent/Asian/Korean filmmakers who made great movies. Please, keep on loving us. We will make a good movie that will expand the audience of I.A.K. films; people like you will expand this potential.

We will never forget that the film couldn’t have been without your support.

You can also check out more of Yoon Jung Lee’s videos on Vimeo.