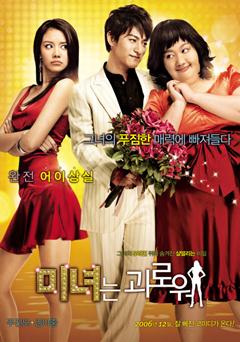 200 Pounds Beauty is about Hanna (Ah-Joong), a Korean woman who is overweight and is forced to live behind the scenes because of her weight. Her job as a singer is the “hidden” vocals of a popular idol star. She also works as a phone sex operator. Neither job allows the general public to see her. After a series of depressing events, she decides to blackmail her way into getting plastic surgery to “fix” her outer appearance. Her main focus during this process is her producer, Sang-Joon Han (Jin-Mo Joo), who previously made his feelings about her very clear. She struggles more to achieve success as a singer herself and to try and win over Sang-Joon. In the end, she learns an important lesson about life and beauty.

I was originally going to just do a review of 200 Pounds Beauty, but it started to turn into a bigger monster than that, so I ended up starting my first film feature. So here goes.

Now, I know a lot of people who could take this movie and be offended by it. Myself? It’s my favorite movie. Not just my favorite Korean movie, but my all-time favorite movie. And with how many thousands of movies I’ve seen, I realized I had to take a deeper look into why that’s so.

The movie takes a look at how the world views people who are overweight and on the surface seems to have a shallow idea of them. For instance, instead of just adjusting to a healthy way of living they show Hanna undergoing a year’s worth of plastic surgery procedures. However, in between these scenes you do actually see Hanna working out and making an effort to change herself, instead of only depending on the surgery. I think this message is subtle and could have been pushed harder to encourage the young people of Korea to take pride in themselves. But the fact that it is there makes me happy. Because Hanna just doesn’t role over and die because she’s rejected, she fights as hard as she can to change herself inside and out. 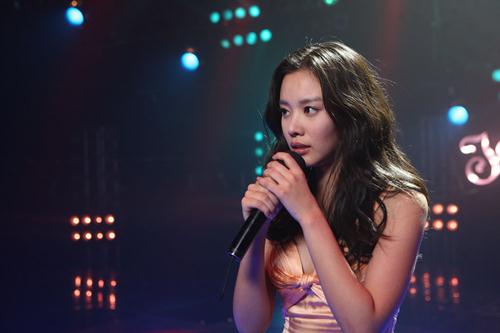 When she has completed her change, Hanna returns to her old producer to try and be the voice to fill in for… herself. Yes, she comes back as a Korean-American named Jenny. But they don’t just want Jenny to be a voice, she’s now beautiful enough to be the star! Ok. I get it, she’s thin and she’s pretty and she has a voice that can blow the competition out of the water, but what has she learned? That’s what I initially thought. But if you watch the movie to the end you can see that she also changes her way of thinking. 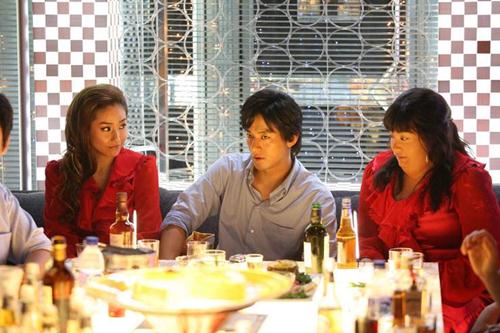 After being rejected again by her producer because he finds out she’s not Jenny — and also because she’s not a “natural beauty” — she goes through a period of being distraught and depressed. My favorite line from any movie ever is when he tries to wrap her hand in a tissue and she says, “You broke my heart, a tissue won’t fix it.” I think more than anything I realized, along with Hanna, that she needs to be strong for herself and that it’s not going to be an easy fix.

During her first (and inevitably final) concert as “Jenny,” Hanna breaks down and tells her fans that she’s a fake and that she misses the real Hanna Kang. They display the footage of her before her transformation and the entire audience is shocked. Then, they all chant that it’s all right. She comes back stronger than before as her true self. Hanna sells more records than Jenny and becomes even more popular than she was. In the end, Hanna’s infatuation with Sang-Joon ends. I think that the final message is that she has learned to love herself, so she no longer seeks the love and approval of the man she idolized. She realizes that she is above a man that is unwilling to accept her for who she really is – a woman with great character and a sense of self that many of us rarely manage to find. 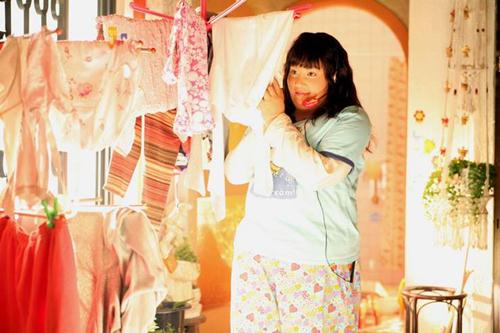 I think all of these factors are what endeared this film to my heart. (And not just me, apparently. It also reached over 6,000,000 views at the Korean box office.) Being a larger woman myself, it’s good to see someone at least try to represent what we go through on the silver screen in Korea, and not just Korea. It’s rare to see it happen in any film industry. Until people start to accept and embrace a different standard of beauty, women who aren’t a size 6 or packing a perfect “S line” are forced to look up to a very limited number of leading curvacious women. So when small gems like this film come along, I know that at least this curvacious woman is going to cling to them.

Of course, it gets a