There’s a name in the horror world that’s as infamous as the spatter films it’s tied to and credited with creating. It’s a name gore hounds will be very familiar with, that John Waters has praised over the years, and that those with little love for horror might have heard about thanks to Juno of all films. Remember that bit where Bateman’s character introduces Page’s to an absurdly gory little film known as The Wizard of Gore? That would be just one of the many gems that filmmaker Herschell Gordon Lewis, dubbed “The Godfather of Gore,” gave the world many decades ago.

With the Miami Beach Cinematheque about to kick off their own Halloween celebration with a 50th anniversary retrospective screening of his very first work, Blood Feast, I got a chance to catch up on a ton of Lewis’ work. It was a wildly mixed bunch of a films, but there’s definitely one thing to be said for most of them: they’re delightfully insane. Thanks to the theater and its director Dana Keith, I also was handed an opportunity to interview Herschell Gordon Lewis himself, and there was no way I was passing that up. Turns out he’s one of the most down to earth horror directors in the business, and what a business it is.

For a good half-hour we chatted about the film industry, his contributions to the genre throughout the last fifty years, the rejection of the auteur title, and his latest and potentially upcoming works. So here is that very interview with The Godfather of Gore. 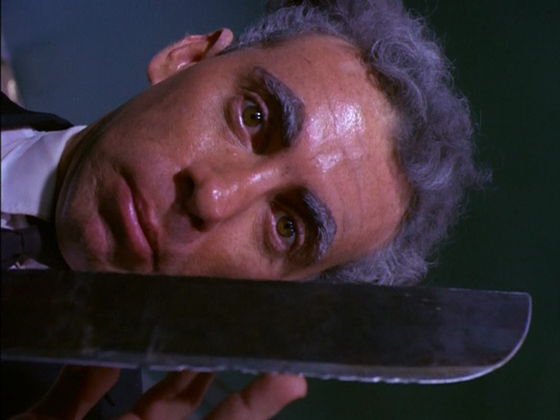 Let’s start off with Blood Feast, which is playing this week at the Cinematheque. How does it feel knowing that fifty years after making it people are sitting around to watch it?

This is stupefying to me because here’s a motion picture with a cast of nobodies. Primitive equipment, primitive plot line, no distribution set up in front, nothing except an idea, and fifty years later, it’s still showing! In fact, prints are still screening in theaters as well as DVDs. I noticed the other day, here’s the Walt Disney Company with a movie called The Lone Ranger [1] starring Johnny Depp. They have announced a two million dollar write-down on their picture. They’ve begun to accept they’re going to lose two hundred million dollars on that movie. How is it possible?

How can you misgauge the audience reaction so severely? Now I grant you, when I shot Blood Feast I was regarded as an outlaw in the industry. “How dare he make a movie like this?” Which I guess is proof: if you live long enough, you become legitimate. [laughs]

So you’ve always seen yourself as more of a businessman than an artist?

I regard the motion picture industry as a business rather than an art form and that may be why I’ve survived in it where others are perishing. I’m not trying to dictate a technique for anybody else, but the idea of “I’m a mad genius and you better accept me as that” has caused many, many a mad genius to stumble on the way to the bank and wound up taking money out of the bank instead of putting money in.

But your films nearly always are, at least for me, very successful in the fact that they’re exactly what they set out to be.

This is a niche market, and that’s the way I regard it and treat it. Yes I have a certain amount of cynicism relative to motion pictures all together, there’s no reality there except as we superimpose reality onto what we do. Meanwhile, the trick in the motion picture is less winning an award than it is having a black bottom-line instead of a red bottom-line. 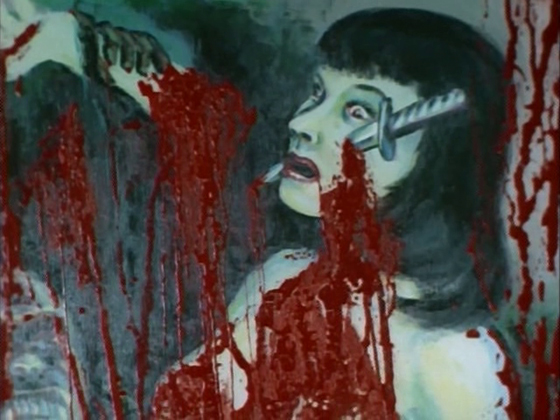 And what about people who refer to you as an auteur?

I reject the appellation auteur, because that suggests that somebody is superimposing his personal beliefs about his talent onto what he should know about what the audience wants to see. When we first started this, I just called it a “boring movie.” Now it’s acquired an appellation of its own: the splatter movie! I think that’s funny, but in no way can I or anyone look at my movies and say, “What a genius that guy is.” Maybe from a business point of view, yes I would accept that as a tremendous compliment! But the idea that artistry will superimpose itself over entertainment value, well, a lot of movies have lost money because of that.

Correct me if I’m wrong, a couple of your films really have that sort of rejection of high art, like Color Me Blood Red in particular.

That’s an interesting point. I wasn’t trying to philosophize there, I was just trying to have another way to have some blood gushing! [laughs] I really needed to be reminded that we’re on the fiftieth anniversary of Blood Feast – that’s a long, long way back. When we made this movie, I had a partner named David Friedman and we were really a two-man gang. I was the director and cameraman and Dave was the producer and sound man. That’s how we made Blood Feast and we saw the business it was doing. I said, “Gee, what if we made a decent one?” [chuckles] That was the total inspiration for Two Thousand Maniacs which to this day is my favorite of all the movies I’ve made.

It was incredibly entertaining, I just saw it recently.

That’s very kind of you to say. Gee whiz, you’re my kind of guy. What we proved with Two Thousand Maniacs was not just that we could make a respectable movie within that framework but also that Blood Feast stands alone. It’s like [Georges] Méliès’ A Trip to the Moon – terrible movie, but it was the first of its kind. And I’ve been quoted as comparing Blood Feast to a poem where it was no good, but the first of its kind. My background as you know goes way back into academics, I started life as a schoolteacher of English literature – God help me. [laughs] My severe critics point that out to me, “How dare you criticize Walt Whitman?” Well, Walt Whitman, if he were alive, could criticize me!

[The Gore Gore Girls, composing, and sexploitation talk on the next page!]