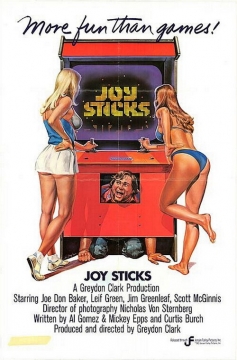 What is your most prized film related possession?

My Twin Peaks basecall cap is my lucky hat that I wear all the time.

I think everything connecting to Twin Peaks is important. I have a Twin Peaks: Fire Walk With Me record that was made in Croatia that they never made in England or the United States on vinyl.

My trailer for Joysticks, which is going to be screening in December at the Roxie. This print I have of Joysticks. Each one of them have a real story. I really do track down the alternate poster that was for Patrick Swayze’s Road House. The video poster was so amazing compared to the movie theater poster, so that video poster is jaw-dropping.

Kelly Reichardt’s Wendy and Lucy, they made a special screenprint poster, Oscilloscope productions, the distributor, made this special poster. Each one of them has a story behind it. I live and breathe by the movies and those items represent a moment in my life where that movie was helping me get through, you know, my grandma dying. And I turn to certain films or TV shows or they all are markers for my real life.

I always try to explain this to my parents, that it wasn’t a distraction from life; I would watch a movie to help me understand life. It would help me understand how to connect with people as opposed to how to disconnect. He was always afraid that I wouldn’t, you know, want to talk to anyone because I could ultimately talk to my movie character friends. It isn’t that.

I could go on and on. I am terrified of what I would have to grab in a fire. The items represent a certain time period, too. I can see how even an interview about watching movies will be completely irrelevant in some manner, and I want to celebrate that and hold on to it, but at the same time I don’t want to miss out on the new video game that David Lynch will direct some day.

I don’t want to pretend that that’s stupid to me. That’s going to be exciting when a filmmaker makes a video game that you can play for forty hours, and it will be just as exciting as a TV series that he made or a movie. It’ll be just as creative, if not more so. I don’t want to close myself off. 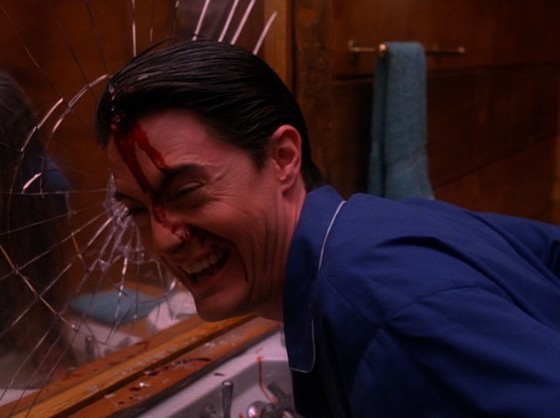 There’s a huge resurgence of fans of Twin Peaks among younger people because it’s on instant Netflix. If it had as big a fan base as it does now, then. . .maybe it wouldn’t have gone off the air, you know?

I attribute that to the series, that now we have multiple TV stations that produce offbeat programming that is connected one episode to the next. There was no outlet for that. They had to do that on ABC. It was way too far ahead of its time.

And now it has the most unsatisfying cliffhanger ending of all time.

I know, right? We’ll see what David Lynch does. I don’t think he’s got that many new stories up his sleeve here, so if he could recognize that and just make another Twin Peaks movie…