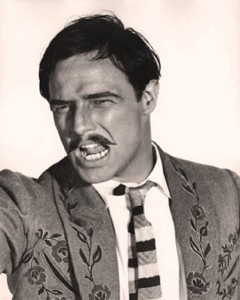 You teach film history. Is there a canonical classic that you hate?

I get to teach full time, so I have six different classes now and three of them are survey classes, so it doesn’t really matter how much film school you took, when you teach it you suddenly see all these, it’s not just cracks in your education, but these gaping holes of like, “oh yeah, British Cinema in the 1960s. Angry Young Man. I’ve seen one…”

Each semester you get to really dig deeper and deeper, and no longer just see the main one, but you get to see the ones that aren’t available. What’s been inspiring about teaching for six years is that every year, I end up falling in love with movies deeper. It’s a crazy feeling, I don’t even know how to explain it to my friends. I’ll come home and be like, “I love Marlon Brando.” It’s sound dumb, right? I mean like, I don’t even think that they are listening to me.

The feelings that I’m getting, not just watching A Streetcar Named Desire and On the Waterfront, the feelings that I’m getting once you start to get into more obscure films, and you’re watching him play Asian characters or Mexican characters. You’re seeing him as an actor, as opposed to just what that movie represented or its social issues, and you get to come at all these canonized films in such a consistent manner that I’m constantly overwhelmed.

That happens to me all the time.

It is so hard for me to dislike a film. It baffles me how embarrassing that must look to film snobs, that pride themselves on making the film really prove itself. Like, they’re going to call bullshit on anything that doesn’t fit right. I heard Woody Allen dismissing Sullivan’s Travels in an interview recently because the ending doesn’t completely grasp the concept of the Great Depression or something. I’m stunned at that sort of desire to criticize movies. It’s hard for me.

I think getting to teach film history has gotten me to open myself up every semester that if I don’t like a movie, so often it’s based on my experience [when I watched it], who presented it to me. It can be as specific as someone who you previously dated loved that movie, and you’re going to have a sort of silent protest towards the film. Or you hated a teacher and they loved it.  So you’ll secretly be all, “Ah! Stanley Kubrick. Eveyone loves Stanley Kubrick! I’m going to purposely root against Stanley Kubrick!” It’s a big question that’s always in my classes. “Is there a film that you actually hate?” “Is there a filmmaker that you…”

There are certain filmmakers that I love to hate. In high school and college, that was a bigger issue, where I loved going to their movies so that I could talk about how terrible they were. That has transformed into me learning how to talk about movies. I was so flabbergasted with this filmmaker called Hal Hartley, I thought that he was just awful. I would watch every one of his films, I had a friend and we would battle over Hal Hartley. It was the funnest experience, I realize that never happens now.

To hear two people go head-to-head and use specific examples to try and prove to the other one why that filmmaker is brilliant or a hack. Only have the utmost respect now for Hal Hartley and I see that his films are so filled with thoughts and ideas that it was more where I was at as a young person, that I related to Hal Hartley so much, he just was looking at the world differently.

His conclusions I didn’t agree with, but that doesn’t mean anything. That’s not a bad movie, that’s arguing philosophies. So I don’t have an answer for you on that one. Sadly.

What are your thoughts on viewing films in different mediums?

As long as you are willing to watch movies more than once. . . this idea that if I can rewatch a movie multiple times, I’m excited to watch it in any scenario. What if the first time you watched Lawrence of Arabia was on an iPhone? That’s a great joke that I’ll bring up in class, but at the same time I want to watch Lawrence of Arabia on an iPhone, in fact.

I think that that kind of experimenting with watching movies, if it’s on a small screen where the bulb isn’t bright, if it’s in a brand new movie theater in IMAX, if it’s in BluRay – which is suddenly revealing all these makeup choices even the director couldn’t see in the original — all of those experiences become valid to me. 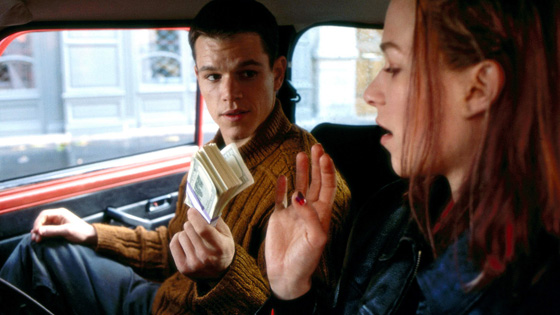 I think that the Bourne movies are made to be watched on an iPhone; it’s about movement, it’s not about mise en scéne, so I can get sucked into a Bourne film on an iPhone because it feels like a video game; I’m moving with the character. I love the idea that something this small, I get enveloped in.

When I watch it in the movie theater it’s totally different; it’s surrounded me, I feel like in it. I like both experiences, but that’s only because I’m interested in watching it more than once. Those Robert Altman or Roger Corman films that were put out on VHS, they were all pan-and-scan and as a kid I used to think, “wow, Robert Atlman has the weirdest panning. That’s amazing, that’s so cool, it’s like scanning the frame.” I had no clue that like, an intern probably, who decided, “hey we gotta look at the other character!” on the fly. I think that probably influenced young filmmakers, that there was this weird technique. That’s something that poor Altman or Corman never got to choose and I know that that probably ruined their films.

The way I look at it is when I got to see it in widescreen, the fact that it is available on widescreen, I long for the pan-and-scan. I experienced the pan-and-scan. If you experience a silent movie with no soundtrack at all, that’s a totally different experience than every time you watch that silent movie with a different musician. Every one of those are different experiences. It’s a constant. I look forward to seeing every movie that I’ve seen in the future and that it’ll be probably totally different.

I think I’m less afraid of experiencing a movie because of that now, because I know I am going to seek out watching it outside with a bunch of friends, and there’s going to be a whole bunch of drunk people that I won’t be able to hear the film. It’s going to drive me totally bonkers, but that’s why I’m outside in the park. Each one of those is going to be totally different.

If a film was shot in color and then I turn off all the color at home, and I watch Blue Velvet in black and white, it’s the most amazing film noir ever.

David Lynch would kill me because he can’t even stand the fact that I can change the sound design and turn it up or down when he made his movie. But now it’s mine and my personal experience is that I like to adapt to the environment that I have. Personally, I don’t have any issues.

As a curator it becomes more serious. I desperately try to, if it was made on film to screen it on film. That’s not going to be possible anymore. I did everything I could to get the pilot on 35MM for this Twin Peaks weekend and it just couldn’t happen. So we’re gonna have to watch it on this really nice updated digital format, and it won’t be the original format.

100% of the films at the Metreon are digitally screened, so it’s already changed. I could start complaining and not watch movies unless they were screened on 35MM, and I’m going to head down a road were I will start to hate movies and I won’t get to watch movies anymore. I will be brokenhearted by movies. It doesn’t matter what medium it’s on for me, I want to experience it. If I have to watch it without subtitles, watch it if that’s the only way I can. If it’s pan-and-scan, I’ll watch it. Dubbed. . .we could argue about that one.