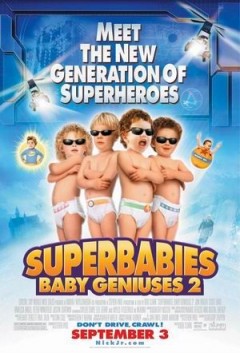 How did you start working with the Roxie and the Castro movie theaters?

The whole series started at the Four Star Theater, which was the last Chinese movie theater in the country. It’s still out in the Richmond district, it’s a family run theater. When I first moved to San Francisco, I would go there pretty much every day, so one day the manager asked me if I wanted to be the projectionist and that was insane.

I was trained at Four Star from 1998 to 2002, I would get to sell the ticket, sell the candy, lock the doors, change the masking, start the projector, thread up the film, stop the projector, come back down, unlock the door. It was a real mom and pop movie theater, and you got to learn everything. Getting someone to come all the way out to the Richmond [district of San Francisco], that’s a hard thing. So even if you have twenty-five people coming to a screening that was a big, big deal.

I then got a job as a manager to open a movie theater in New York, so I moved there to open this movie theater, but New York was not conducive to watching films. It was weird. There were so many movies playing all the time, and they weren’t accessible for some reason.

It was too hard to work, to get around in the city and to get to all the movies that were available. I found it very frustrating. It was the equivalent to living in LA were there are five different movies opening tonight at 7PM and I could barely make it to one. I had one day off of work, which was the hardest work I had ever done, opening up a movie theater. I tell you, you don’t get to watch movies when you’re managing a theater. I went to see Anacondas, the sequel to Anaconda and Baby Geniuses Part 2: Super Babies thinking I could watch both of these films in any city in the country, and I wouldn’t have to be working so hard and be so exhausted.

This is what I wanted to do on my day off? That was kind of the breaking point for wanting to move out of New York.

So, long story short, I moved back to San Francisco accidentally. I had always assumed I was a New York guy, that I was building towards living in New York and it seemed really obvious that I wasn’t, and everyone would sort of make fun of me for it.

I was only there for six months and it was the hardest work of my life, but I feel weird for not “succeeding” in New York, quote un-quote. But at the same time I ended up back here in San Francisco, and it was sort of like one step back, two steps forward. When I got back here I pitched the movie theaters and literally someone who used to come out to the Four Star, one of those twenty-five people, he now was manager at the Castro Theatre, and the Castro had never done midnight movies in its 80 year history at the time, so they totally took a chance with me and let me start programming on Fridays once a month, once every few months even the first year, to see if it would work.

I couldn’t believe it. Friday nights at the Castro, that’s a joke. I would’ve taken Tuesday, in the afternoons, I don’t know. So the idea though, at that time, was nobody was going to the movies anymore and all the theaters were closing, so how do you make it special? So one of the things I had done at the Four Star were these triple features called “Slumber Party”. It would start at midnight and it would go until seven in the morning.

It was, you know, something you could do at the Four Star because the manager was like, “well, if you lock up…” I did three of those at the Four Star, people would come out in pajamas and sleeping bags, and if they made it to the third film, which started at five in the morning I would give them sugar cereal. That was the incentive, so it was true maniacs who wanted to, you know, watch movies all night long. It was amazing. Those were really special. Those three. It was like throwing a party in a movie theater.

I pitched that idea to the Castro — it’s union operated and the projectors are reel-to-reel and it’s way more professional than, you know, me running up there and starting some print that I own, so that was out. But the idea of doing a triple feature starting at 7PM with a theme could still be done, and they didn’t have to pay overtime to the projectionist. A real sort of method had to come to the idea of showing three movies at the same time. 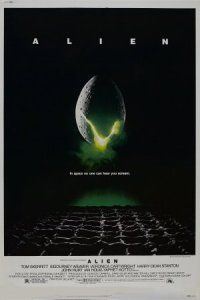 It couldn’t just be like Alien, Aliens and Alien 3.

This wasn’t just for nerds. There has to be a real curating concept behind it, so the idea has been pretty consistent for the six, seven years at the Castro. The midnight film can be as crazy as you want, the 7 o’clock film should be sort of more family friendly and then the 9 o’clock film is going to be the one that’s a hit, the one that people have seen, heard of, would want to watch again, so you have something that will bring people in no matter what.

Something that will bring in a different type of audience on either side of it. Some people will stay for all three, but getting someone to come out to one movie is hard enough. One of the main issues that I think I feel is that if you don’t have expectations on your audience, then something special like that [someone staying for all three] can happen.

It’s not offensive to me if someone comes out to a movie and they don’t like it. It’s not about trying to force someone to be in a threatening environment. In fact, it’s the idea of maybe being in an environment where you can feel free to learn something, to look at it differently, to not have it all figured out, to not have to define yourself.

Often the three movies won’t really connect in the obvious sense and you’ll have people putting down the first film. Like, “I’m going to dinner during that one, that one’s stupid.” And knowing that we define ourselves by what we don’t like a lot of the time, if you’re not trying to make money and you’re not trying to force your opinion on anyone, then that idea that someone would end up staying for all three, that’s unbelievable. That’s hard to do, to watch three in a row. There’s a lot of thought put into it and sometimes it might come off more high concept than it should.

Do you go through drafts? Do you come up with a theme first or do you pick one movie and say “what can I fit with this?”

It’s both. Having the opportunity to program anything I want at the Castro, it still baffles me, how special all of that is. I definitely wanted to go the route, I still do, to work at a cinemateque someday or university where you get to cull through the archive and pull out obscure Orson Welles movies.

That’s the professional world that is so inspiring. Often you’ll go to a screening and there’ll be like five people there to see some sort of Czech New Wave film that’s not available on DVD and it’s so inspiring, but there’s only five people there. I think that’s a big concern at the Castro, that this isn’t a university, this isn’t a non-profit, this is actually a real movie theater trying to make it in the worst time period ever and it gelled.

When I first started programming them when the only conversation I could actually have would be someone saying, “oh that movie is so bad that I love it.” I didn’t have that mindset at all. In fact, that always frustrated me that the joke was on the movie.