San Francisco is full of wonderful viewing choices for the discerning cinephile, including the midnight movie series MiDNiTES FOR MANiACS, curated by film historian, professor and self-proclaimed maniac, Jesse Hawthorne Ficks. This coming Saturday the program will be celebrating the 20-year anniversary of David Lynch’s groundbreaking television series Twin Peaks with a triple feature at San Francisco’s Roxie Theater, featuring the classic noir Laura, the Twin Peaks pilot and Twin Peaks: Fire Walk With Me. Ficks sat down recently with YAM Magazine to talk about his maniacal love of all things cinema. 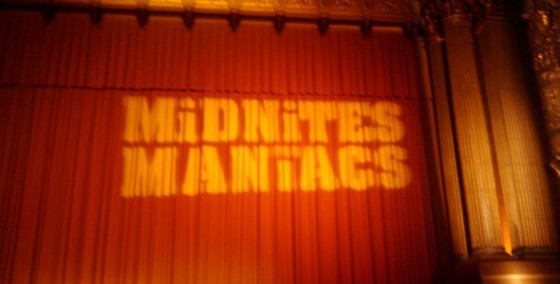 How did you get into film? Was there a specific film that you saw that made you think, “this is it!”?

Jesse Hawthorne Ficks: It is interesting, because it is literally the event that is coming up this Saturday. Twin Peaks. That pretty much moved it to the next level. Growing up as a kid, I think a very important screening was that my parents took me next door to the neighbors who had cable to watch Alien, and I was five. So, watching that at five years old, I think sort of set the tone of watching movies that I wasn’t supposed to.

I was a big horror fan growing up, my mom and I would watch movies every Friday. She and I sort of created the idea for this film festival without even realizing it. We would rent three videos at a video store on Fridays, and my dad, he was teaching and he’d also do a radio show, so that was our time to watch movies, so we would try to watch as many movies as we could within that Friday after school.

Watching a ton of horror films, it all sort of transitioned when Twin Peaks started to air on television. I didn’t know who David Lynch was — I had watched The Elephant Man and Dune, so I knew that that guy had made a TV show, but specifically the show and then when the movie [Twin Peaks: Fire Walk With Me] came out, I went to that movie in the theater a lot. I definitely started sluffing school to see it in a theater and I think that definitely sort of changed things for me because then I started sluffing school all the time.

I think that the obsession that Twin Peaks created really changed the way I watched movies. You had to pay attention to details, you had to rewatch them. You would accidentally re-watch them because you would think the new episode was going to be on, but Lynch hadn’t filmed it in time, so they would show the old one. I know for a fact that it was twenty years ago that I started to keep a video log of anything that I watched. Whether it was TV or a movie, I started writing those all down, right when I started watching Twin Peaks. 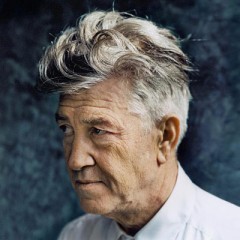 I wish I had done that much earlier in life. I started writing mine down about five years ago, but I’ve been watching movies like a fiend since I was six. So that’s a good 15 years with no proof.

It’s a weird concept to have done. I had a mentor at the time, he was my manager at a movie theater. His name was Mark E. Johnson, he was going to school for film production and we hit it off. I always think about that.

He was 24 and I was fifteen and we would hang out like best friends. It was so special yet I am sure a bit weird for his wife, like I was their kid, but I was his equal, and he had a video log. That’s how that started. Write down the day you watched it, even if you’d seen it before. It was like a weird journal or diary. Sometimes you could write something about it, write down the director’s name or whatever it was you were studying and it sort of helped you remember these things.

It helped you study them and maybe make your brain get used to the idea, so from fifteen to thirty-five I had twenty years of logs, pretty much not missing anything. It has sort of become a sort of religion, watching movies. You know, I live by it. Absolutely.

I can completely relate. So how did you come up with the name of your program? Why “MiDNiTES” spelled that way and why “MANiACS?”

First off, the “nites” was a big decision because my mom is a calligrapher, spending time on not just how you write something but which letters you decide to abbreviate with. She was just very big on the look of words, for some reason “nites” it just looked special.

When I was looking around at other midnight series, which I had grown up as a kid going to midnight series in Salt Lake City, Utah, which was pretty much the only thing you did if you didn’t drink alcohol. They were always “night” and I’ve had some people argue with me that “night” looks more beautiful, that is has an eloquence to it that “nite” doesn’t. It’s that serious.

I really love trying to write letters without moving my pen off of the paper. I also like the block letters of “nites” much better than this weird “g” in the middle, so it was really nerdy and particular. It was to stand out.

The “maniac” thing was a term that there were a handful of movies growing up that always had maniac in them, and being a horror fan that was like, I think, a loving word. In the same way that “freak” was in the 1960s sort of embraced by the political activists. I like the idea of a maniac being something to relate to, as opposed to run away from, so it really came out of a midnight series for a certain kind of person. I knew that I watched movies in a very maniacal way and it just sounded great.