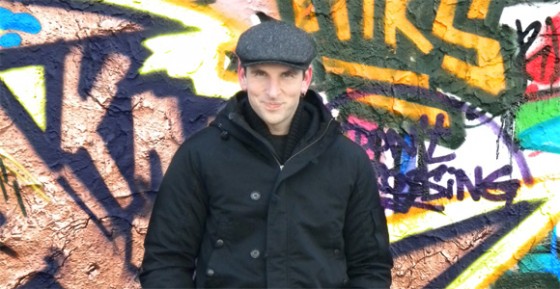 Because of my job, I get to meet a lot of different people from around the world. I had no idea that by watching the trailer of Hanna I would end up searching for Seth Lochhead.

I met Seth – virtually – when he was heading off to America. I was lucky that he decided to check his old email because now he’s a bigshot in Hollywood. After all, not many would say their big debut as a screenwriter counts with the talents of Joe Wright, Saoirse Ronan, Eric Bana, Olivia Williams… and none other than Cate Blanchett.

Plus an original score by The Chemical Brothers. Not shabby.

So I decided to stalk Seth online and ask him a few questions throughout the opening week of Hanna.

First, wish you luck over the weekend so that Hanna takes #1 over Your Highness~

Well, Hanna beat Your Highness and Arthur!! We’re #2, we’re number #2. Stupid Bunny Rabbits. Russell Brand!! I actually really like him, and I wonder — without my obvious preference — if I would have paid to see Arthur in the cinema. Hmm… I would actually pay to see Your Highness. What does that say about me?

That you like stoner comedies, or that you are a Natalie Portman fan. You gotta be proud that of the Top5 on IMDb and RottenTomatoes. You guys are the best reviewed.

Word of mouth is great as well, have read a lot of friends enjoyed it or are already planning to watch it. Haven’t had the chance to watch the film yet, but eagerly waiting for it to get down here soon!

Let’s begin with the simplest of questions.

We virtually met years ago, when you were just about to go to the US and were in need of those business cards. What happened between that moment and being able to sell the script for Hanna.

Nothing and everything. The script was finished. It was being read around Hollywood. It was popping up on tracking boards. It had good word of mouth. There was a lot of interest, but as things go in Hollywood, they were taking their sweet time making a decision.

There was a lot of confusion about what genre this belonged in. I get it. It’s a pretty weird script and didn’t fit into conventional categories. I had a phone call with Focus, and I said it’s not an action movie or a coming of age or an arthouse picture. It was a Focus Feature!

In the end, because of some morbid sense of loyalty and this belief that Focus Features was the only place Hanna belonged, I turned down the American offer and took the much, much smaller deal from Focus. My lawyer told me to trust my gut and that’s what I did and it worked out very, very well.

Focus Feature has generally a good brand relation with quality films, so your gut was right.

How long did the Hanna first draft, or the one you were trying to sell, take you?

Hanna — the complete first draft and the one that Focus optioned — took me about six months. I wrote one or two pages a day. I had a low tolerance for mental output in those early days.

We generally hear of people writing scripts in a night or two, and others talk about passion projects that last years… even decades. What’s your process for writing?

It begins with a ritual animal sacrifice… I have no process per se. I just do. Get up and do. Sometimes I get up and don’t. One of my favourite writer/philosophers David Milch said if you’re thinking about writing you’re not writing. I agree with him. You should never think about the act of writing, but that doesn’t mean you shouldn’t prepare.

Putting down the words in the best way possible is just the tip of the iceberg. Writing is all about the preparation – be they experiences, learning, one’s ability to tap into the ether, what have you. And then, in a relatively short period of time, rendering it all down onto the page — or white space, what have you.