GQ: The Day the Movies Died 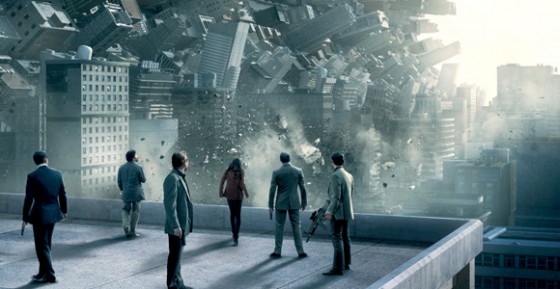 In recent GQ article The Day the Movies Died, author Mark Harris discusses how films like Inception, which made over $800M USD worldwide, have trouble getting greenlit by studios. How we, as an audience, have given up on Hollywood giving us material for which we willingly pay for, and how studios are too scared to take a gamble on original, new ideas.

The industry is freaking out because Inception seems like a glitch in their system? What? You mean people actually paid to watch a film that’s not a book adaptation, a franchise, a remake or a revamp? You mean people like original ideas?

We can’t blame them when the Top10 Biggest Opening Weekends (at Box Office Mojo) are made out of two Spider-Man movies, two Pirates of the Caribbean, three book adaptations, two more superheroes (Batman and Iron Man), and Shrek the Third.

We also can’t get mad when directors and writers who can’t get projects greenlit at movie studios turn towards cable television. Let’s say this straight off the bat, cable television series and miniseries have been a lot more awesome than movies for the past couple of years.

What’s left for us to do except wait for the right movie to come and keep complaining until it does? Is it the masses’ fault for paying to watch Twilight 20 times? Is it because people like to consume garbage? Do we even care enough to watch something at the theater?

Poll time! (you can choose up to two options)

How do you watch new movies?