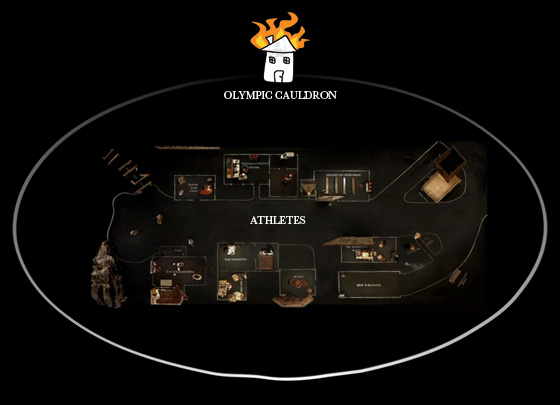 He’ll probably just torch a house for real to make the Olympic cauldron about the suffering of human beings.

He will also make the athletes walk around the stadium surrounded by imaginary paths made of chalk over a black mat that has been used to cover all the place, and he will just get by with some stage lights.

There will be naked people doing interpretative dancing, explaining the history of Denmark from the Stone Age to the modern age, in which it will all be about the doom of humans, and conclude with the burning of the house.

Everyone will be offended except for hardcore Lars Von Trier fans who will defend his vision of the Olympic games.