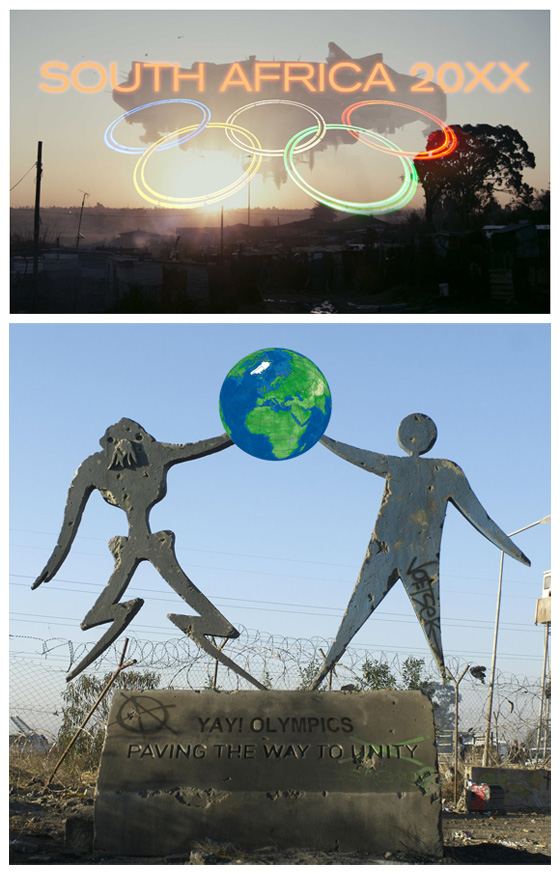 Now, mind you, I know a District 9-themed Olympics is crazy.

But, yeah, sure. Why not? Let’s strip all the grittiness from the movie, and we do kinda get the “Paving the way to unity” motto, and isn’t that what the Olympics are about anyway?

Blomkamp’s sweeping view of South Africa to reveal a gigantic spaceship where we — non-South-Africans — begin exploring the pre-historic South Africa. I mean, dude, Africa is the origins of the world– you can start from there. Telling the story of the world through their folk tales [1].