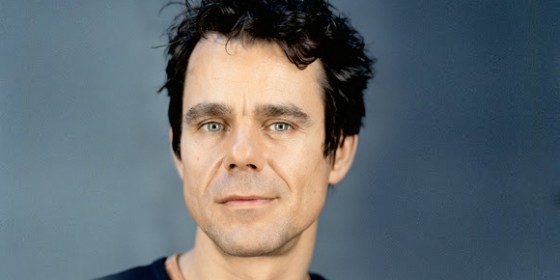 Simply put, Drei is a love story about what you’d assume to be a decidedly heterosexual couple that falls in love with the same man on separate occasions. Considering the fact that I saw this movie at the end of April, about a month and a half ago, this tale has had more than enough time to simmer in my mind and. As a matter of fact, it has done just that.

There have been countless incidents where the social constructs of sexuality have become relevant to my thinking simply because my eyes have been opened by the glimmer of hope that is Tom Tykwer’s film. The composition of Drei cannot be explained in simple terms.

You see, if I were to just leave the synopsis where it was, you’d most likely assume that it was some sort of convoluted, offbeat gesture disguised as something moderately digestible by the common crowd. I wouldn’t blame you. This is how I felt reading the synopsis before I went to see the movie, not in the sense that I doubted the credibility of the premise, but in the sense that I couldn’t conceive the possible executions with my own modest heuristics and schema.

This is why I was so fortunate to be able to interview a warm and admirably talkative Tykwer. I met with him and another writer in an intimate living room setting, complete with office space clutter and a Playstation 3, as we discussed the many facets of Drei.

So I just wanted to ask, what inspired you to do such a provocative topic? It’s your return to Berlin, do you feel that the more provocative elements are more fitting in Berlin than in Hollywood or in America?

What is provocative about it?

(shakes his head) Seriously, if you talk to anybody about the fact that you’re in a relationship, you also have interest for other people. Sexually, you’re interested in other people after a while. I think there’s nobody who denies it, so that can’t be where the provocation [comes from].

I think the provocation element that you’re relating to can only be that the moment these people find out about each other, that they do, that it doesn’t destroy their relationship. But that’s not really provocative, I think it’s very constructive and just hopeful — optimistic. I’d rather say…

Yeah…yeah in a way. Romantic, yeah.

Does it fit that word? I don’t know. In a way, yes. They say it’s a romantic comedy, and I’m in for that. (laughs)

I don’t know, I think it really fits well in New York where people have had a more shared history with overcoming a certain sense of rules that we grew up in, and that we are still struggling with; obviously we are still struggling with the way we are socially educated [and] we have to sort of create a little bit of a, how do you call it, the nuclear family? That’s the ideal that we have to serve and protect, yet I would say that at least three out of four people sometimes wonder whether that’s all they want in life.

Maybe you can do it too, but the problem is that it sort of limits our potential and our ideas of how life could be because they are actually changing all of the time and they have a sort of tendency which is our identity. But then we learn new things and then we want to try them out. We find out about ourselves, you know, we’re not finished finding out about ourselves when we are twenty. It doesn’t end (laughs), it never stops.

It’s good! It would be boring if we were. So, it’s good, it’s fun. But it’s a bit more. There’s more going on with ourselves than what, I think, society has built up to serve.

You get better taxes when you get married and have children. I don’t think you get better taxes when you live with two or three partners at the same time, for instance. (laughs) That’s something that people don’t want. You know, apartments are built like that, [that] you have to actually have father-mother-children constellations; that’s what’s meant to happen. And I know from too many people that they are, at least occasionally, interested in other constellations or in, at least, being able to experiment on it and think about it and stuff.

Right. I guess in America, if it’s a ménage à trois, it’s definitely always depicted as woman-woman-male. I mean, Hugh Hefner and the Playboy Mansion… these things are kind of mainstream. Was it interesting for you to do it the other way around?

Well, I was asked many times: “Why not the other way around?” In a way, that was a bit [of] complaining where you feel like, why can’t people enjoy the other version better? Because it’s… I don’t know, I guess it’s disturbing. I have absolutely no answer for that. It seems like [it’s] just more agreeable.

I think it’s basically only that it’s a more agreeable sexual fantasy. It’s sort of more common sense and it’s also a male sexual fantasy more — of heterosexual men. But, you know, the movie even touches the whole question of whether we are remotely as determined in our sexual desires as our upbringing in society expects us to be. We are far more flexible unless we are different in places like New York.

The remainder of the interview is not spoiler-free. So, if you don’t mind the spoilers, feel free to listen to the rest of the interview. However, if you actually want to experience the film in its fully ambitious progression then don’t do that and go see the movie, which has various release dates throughout the end of the summer and into the fall depending on what country you are in.

The rest of the interview has been posted as audio below.