Diandra: A Life in Movies

One of the best movies to really capture the tension of being a soccer fan during a major match. It’s a miracle of a movie, shot during the actual game that the young females in the movie are trying to watch live!

Captures the feel of San Francisco at night, and the City by the Bay is very close to my heart.

Also seen at the Metreon, on my birthday no less. Critics panned it and others found it pretentious, but I fell hard for the do-it-yourself spirit of the film (even though no copies were released on VHS).

I’ve said this so many times before, but I was a fan of Neill Blomkamp’s short films and ads even before he was announced as the director of the Halo movie project whose pre-production collapse paved the way for this film. Yeah, the movie has a strange bias against Nigerians, but overall it’s sci-fi at its best. 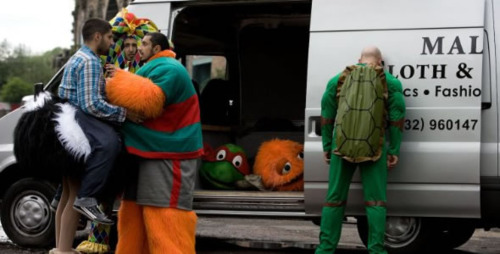 “I think I might be confused but I’m not sure.”

I am so glad I saw this movie at home, because I had to pause the film and run to the bathroom twice because I laughed so much. Still great on second viewing.  If I changed my tumblr name like everyone else does, this film would inspire so many possibilities: iravoice, fictionary, beanfucker, jewishcarparts, blowuptheinternet, isawookieabear, emergencywedding, yourdadeatsnewspaper, prayerbear, rabbitwithnoears (or earlessrabbit), or floppycamelspinchter. True tragicomedy. The best movie of 2010.

This is a movie about loss, cloaked in red, white, and blue and WWII. Think about all the rejections and and partings and deaths in this movie, always followed up with a satisfying resurgence of fighting spirit, up until the concluding line. “I had a date,” not only with a person, but in time. Even the announcement of the sequel’s title has me sobbing.

I’ve liked all of the new movies I’ve seen in 2012, but nothing has stood out to me as a movie of the year yet. You can see my rankings for the current decade at my tumblr.