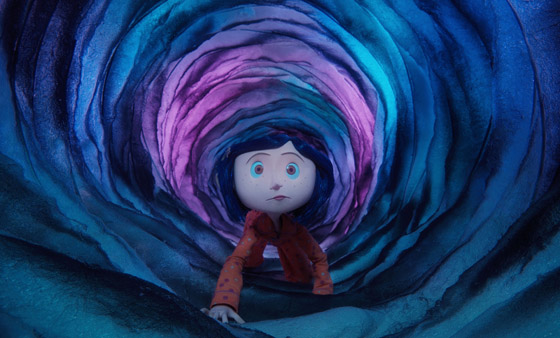 Directed by Henry Selick (The Nightmare Before Christmas) from the book by Neil Gaiman (MirrorMask), Coraline tells the story about a young girl moving to a new home in an average yet bizarre neighborhood with a noisy boy-next-door, a creepy Russian acrobat, circus rats, and creepy old ladies. Not satisfied with life with her parents and her new place, Coraline finds a secret door that leads her to an alternate version of her life, where her parents are fun, the boy-next-door doesn’t babble and everything seems to be perfect.

Coraline is just another example of the line of great blends between fantasy and horror films. They have it all: art direction, music, a bizarre story, unique characters… they all mix together and seemingly create a brand new world bordering on real life and an alternate world where everything might be possible. Oh! Don’t forget the cult-movie status and the fanbase! 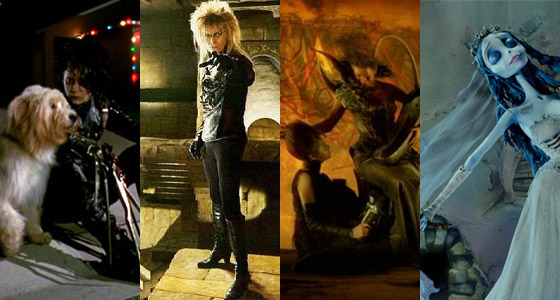 Director Henry Selick has worked with Tim Burton, whose work on films like The Corpse’s Bride and Edward Scissorhands certainly would fit the genre of fantasy-horror films. Other films that are similar in style, and are certainly loved by people keeping an eye on this genre, are 1982’s The Dark Crystal, 1984’s The Neverending Story, and 1986’s Labyrinth. Many of these films were brought to life thanks to the work of Jim Henson (and his company), who happened to give us The Storyteller miniseries, and also worked on the 2005 Neil Gaiman/Dave McKean collaboration, MirrorMask. 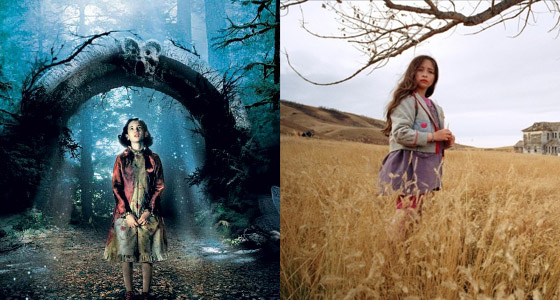 Yes, people might say most of them are the quintessential Alice in Wonderland story, when in fact they would be the quintessential Hero’s Journey described in Joseph Campbell’s book, A Hero with a Thousand Faces. Yes, just like in Guillermo del Toro’s 2006 Oscar-winning Pan’s Labyrinth (El Laberinto del Fauno), a girl living a life she’s not happy with discovers an alternate world that isn’t what it really seems to be. Or Terry Gilliam’s 2005 Tideland, or Hayao Miyazaki’s Oscar-winning animated Spirited Away (Sen to Chihiro no Kamikakushi), where a girl wanders into the world of gods, witches and monsters.

However, not all follow that formula and they focus more on certain areas like the amount of bizarre or the art direction. In fact, all of these films tend to be a visual fest with amazing cinematography and great production value. Some of the projects falling in this category are Tarsem Singh’s 2006 The Fall or Tim Burton’s 2007 Sweeney Todd, about a vengeance-thirsty barber that ends up killing people and making pies with them while singing. 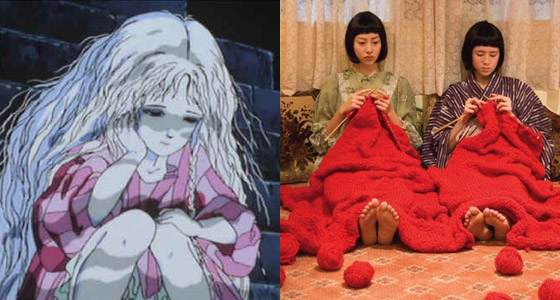 Certainly everything doesn’t center on this side of the world, this is why Mamoru Oshii’s Angel’s Egg (Tenshi no Tamago) makes our article, a bizarre 1985 anime film almost devoid of all dialogue about a mysterious unnamed girl with a large egg living in a post-apocalyptic world. And Mai Tominaga’s 2006 Wool 100%, often described as fresh and quirky with a feel of a modern fairytale.