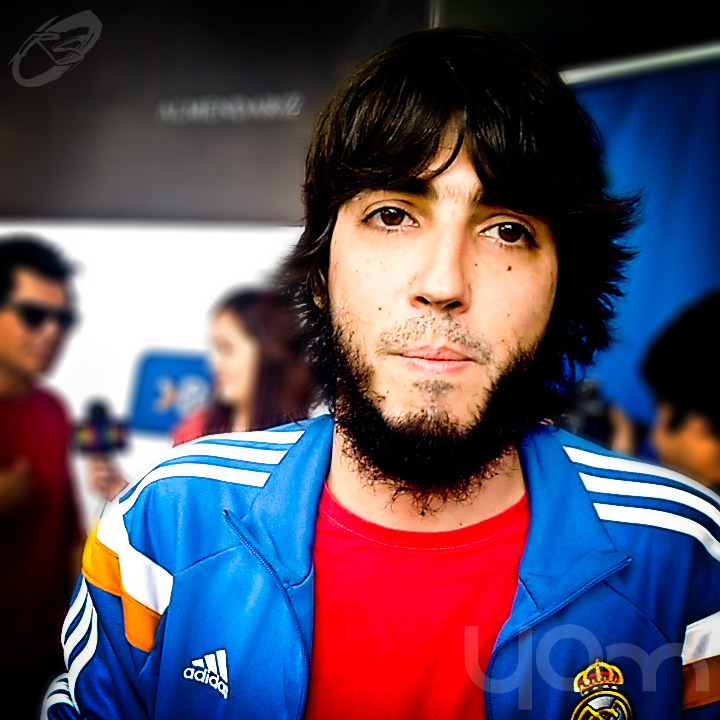 What made you choose this project that differs from the previous movie you appeared in? NN: Sin Identidad…

Manuel Gold: Oh, yeah. Why? Because of Gonzalo, Gonzalo Ladines. He’s my friend. 7 years ago, we worked together for the first time on a short. We also did Los Cinéfilos together, and when he told me that he was interested in me starring on this movie, I told him without thinking about it, without even reading the script yet: “Count with me, I will be there.”

And as you read the script, after accepting…

MG: No, well… I confirmed my initial assessment. I loved the script, right? I trusted that was going to happen was going to be very good. The cast was also very good, we’re all friends, we get along very well. It all was pretty cool.

Pietro Sibille was the funniest…

[Manuel points at Sibille, who is behind us being interviewed by another outlet]

Nothing more and nothing less than Pietro Sibille. I had a fighting scene with him.

How legitimate was that scene?

MG: Nope, we had to choreograph it. We had a choreography rehearsal with Marbe Marticorena, who told us: “Okay, the punch reaches here, but don’t really hit him. At the moment he pushes you, you have to fall like this.” It was complicated.

Later, at the time of recording… well… the funny thing was that we had rehearsed on a room with a carpet; and when we arrive to record, it was on a streets full of potholes, with rocks, everything. So it was another thing. We had to do several takes, you just don’t do only one. We had to do like ten takes, we had to repeat the fight like ten times.

Thankfully, no one got hurt, everything went well.

MG: Only during rehearsals Pietro tore my pants, made a hole on my jean, and Pietro yanked me, but that was on the rehearsal. But outside, everything went well. No one got hurt.

What do you think about the experience of how it reflects on your working experience as an actor? And how does the movie reflects it?

That is an interesting perspective. Thanks a lot for your time.