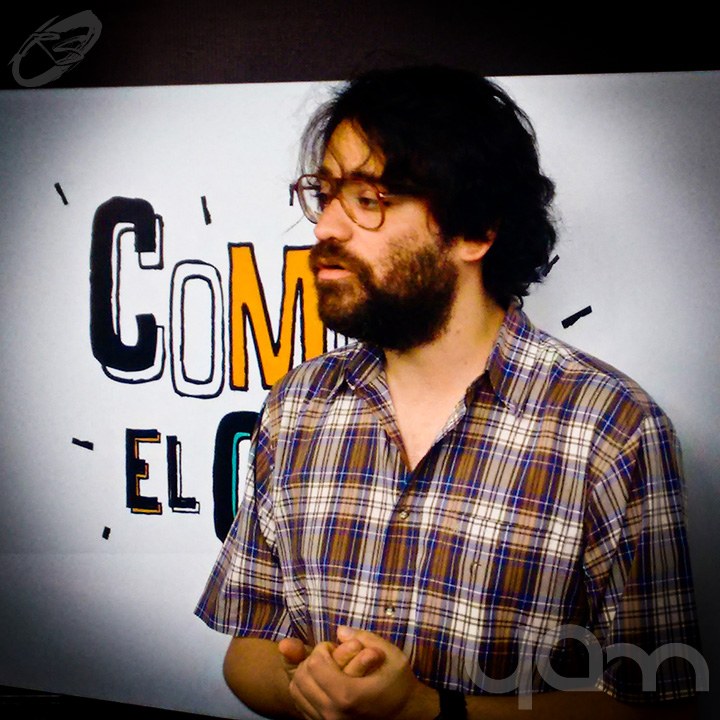 Congratulations on your directorial debut.

I know that it’s a comedy, but it’s also about film production.

How do you see it from the perspective of making a movie in Peru? That this reflects to a certain extent in your movie.

GL: Well, yeah, I wanted to play a bit with it, right? How hard it is to make a film; in this case, a short film…

GL: An independent short film. Yes, effectively. Well, to me all short films are independent films. We still don’t have an industry here, so to me all [films] are independent. But yes, it’s a low-budget short with few resources. It’s something that I lived along with Manuel, too. It reflects a bit on what we do as filmmakers, trying all resources, calling your friends whenever, saying “Hey, I got this. Can you help me?” All of that.

That was noticeable in the movie, the friendship between the protagonists, and also Dani, to a certain extent. Not many characters (in Peru) are LGBT, she’s one of them.

The Dani character, played by Gisela Ponce de León, is a lesbian. That’s not very frequent in mainstream Peruvian cinema.

GL: Eh, well, yeah. It might be that… no, there’s the characters by Sofía Rocha and Gianella Neyra in…

GL: I don’t know, I didn’t think about it. When I wrote it, I wasn’t thinking about “writing about a lesbian because people will talk about it,” nope, not at all. I wrote it becuase I also have lesbian friends, my friends that I love a lot. But to me it’s something common, to Nico and his friends it’s something common. I believe it reflects a generation in which we don’t make a big deal about these things.

Of course. It’s simply her identity and it’s something normal.

GL: Exactly. To them, she’s their school friend. Well, and she simply likes women, just like him [Nico]. On the contrary, better: they can talk about women. *laughs*

Thanks, it was a pleasure to meet you.