6. Two Weddings and a Funeral 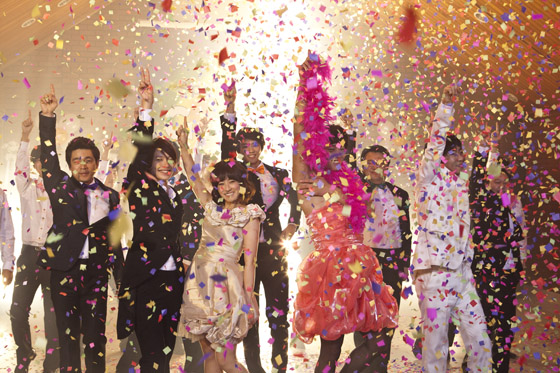 With a title referencing the famous Four Weddings and a Funeral, out South Korean director Kim Jho Kwang-soo gives us rainbows and puppies with gays and lesbians (double representation!!!) in his feature Two Weddings and a Funeral. Following the life of Min-soo (Kim), a gay man who is getting married to a lesbian, Hyo-jin (Ryoo), so he can get his parents off his back from getting hitched and she can get the documents to adopt a baby with her girlfriend, Seo-Young (Jeong).

Of course, things on film never run as planned, and Min-soo meets this cute Korean-American Seok (Song) and things get hilariously complicated — sometimes sad — but it all wraps with colorful confetti and dressing up.

Get the DVD on YesAsia with English subtitles. 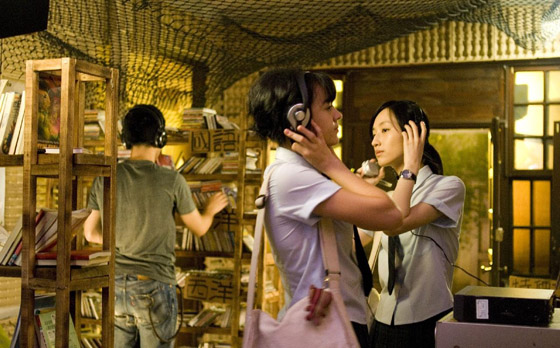 Double representation once again on this Taiwanese film!

The greatest feature on a film like Miao Miao is that half of it is so fluffy, you can’t really help but smile. However, its second half is a lot more gloomy and melancholic, possibly rendering you to tears by the end of its course, following Xiao Ai (Pinna) who finds the new Japanese student, Miao Miao (Ke), extra interesting. In search for the bakery where her grandparents fell in love, Miao Miao meets the silent Chen Fei (Fan), the owner of the record store that is now in place of the bakery.

Netflix (US) | YesAsia on DVD with subtitles in the Hong Kong and Taiwan versions. 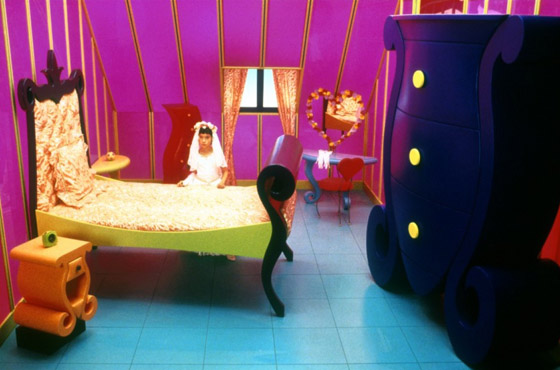 A 7-year-old kid knows there’s something not quite right, and he figures it out quite fast- he’s not a boy, but a girl! That’s the journey of Ludovic Favre (Du Fresne) in Ma Vie en Rose, as he tries to make his family understand and go through the inspecting eyes of his neighbors.

Transgender characters are hard to come by, and it’s even harder to find one that leads a film- yet, this film about a family gives you just that. Innocent and clean, there’s really no better film to watch with your parents (or maybe your kid?) about being transgender. Colorful, light, yet affecting.