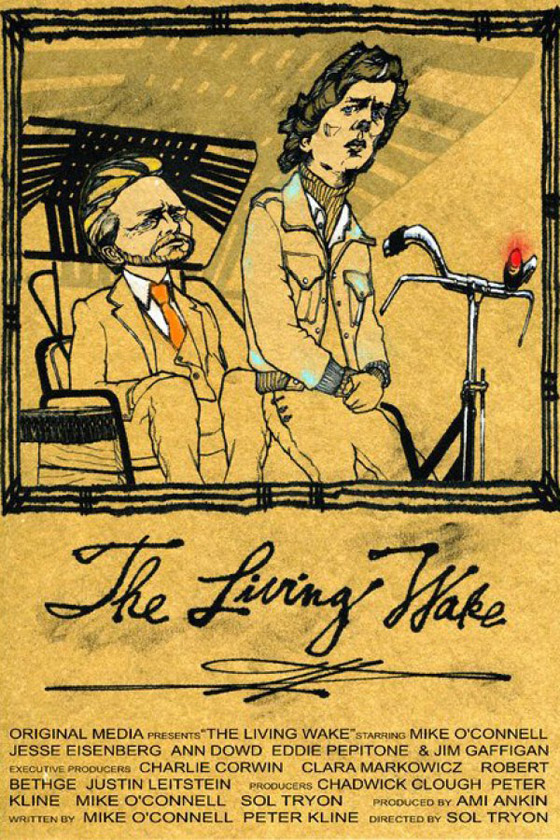 According to IMDb, The Living Wake is listed as 2007, but it opened May 16th 2010. I have no idea what the film is about, but when seeing this poster, it immediately grabbed my attention. It’s the hand written title, as if using a simple ballpoint pen on a napkin, with the running ink and the smudges. It would work well to set itself apart from the generic movie posters at multiplexes. 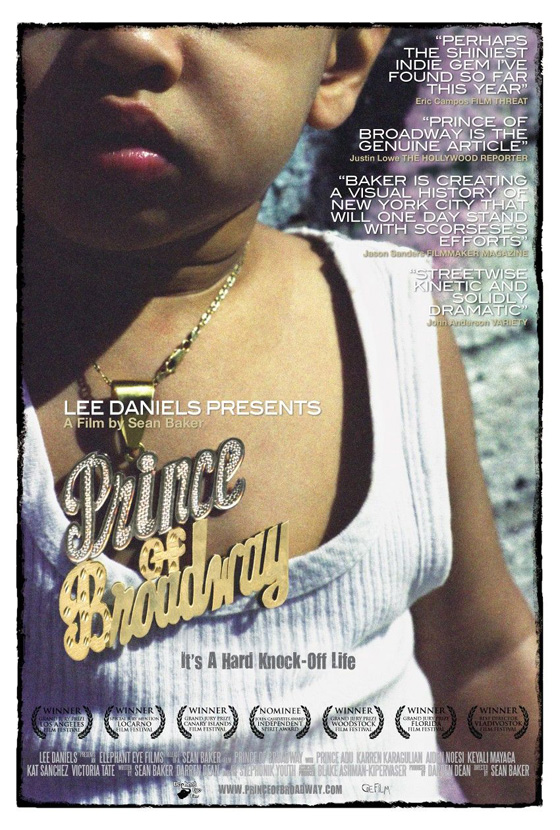 Listed as a 2008 production on IMDb, Prince of Broadway opened on September 3rd 2010. The poster gives you the sense of the visual style of this drama about two men and their lives in the New York wholesale fashion district. And please, that bling on the little kid is a total WIN. 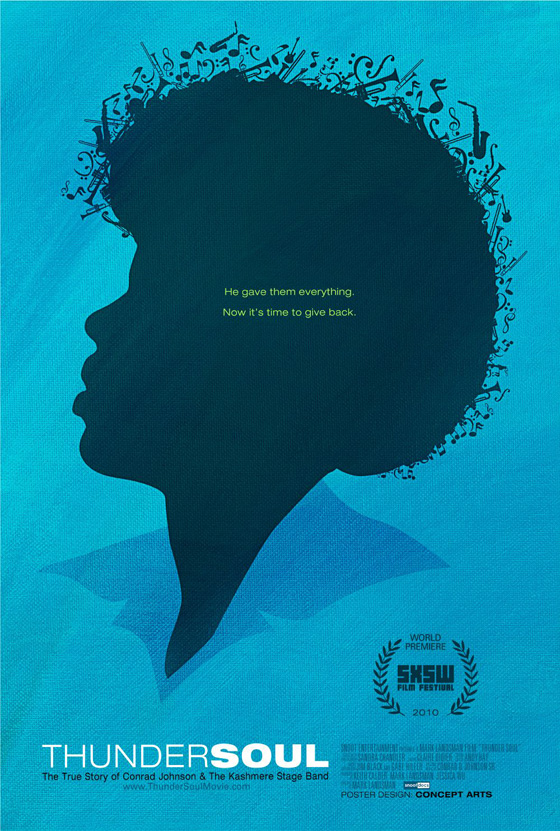 Ahh Afros, the 70s, and the music. Just with a simple illustration, the poster, by Concept Arts,  is able to convey all of this, making it stand out in a crowded multiplex. Thunder Soul is a documentary about teacher Conrad Johnson who turned a school’s jazz band into a funk powerhouse. Now after 35 years, the students give back.