The quote that changed a whole generation of teens’ horror viewing habits? 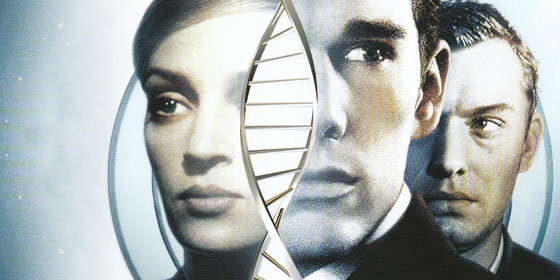 I really think it’s my love of Gattaca that makes me like sci-fi dramas a lot more.

Here we have Ethan Hawke in between Before Sunrise and Before Sunset, Jude Law pre Talented Mr. Ripley, and Uma Thurman pre Kill Bill.

Did I tell you about the time when I was a little 3-year-old and I thought that we were all once people in black and white? My brain just saw those old pictures, and as the pictures became more contemporary, they would add a little coloring. I thought that happened in real life. We once gained a bit of color every once in a while, until the whole world was color.

I was happy to see I, somehow, wasn’t the only one. LOL

Okay, here — I just don’t want you to know how many teen rom coms I saw during my teenage years, so I’m going to pick the ones that I don’t feel so guilty about. I actually really REALLY like Cruel Intentions to this date. I even like it a bit more than the Glenn Close and John Malkovich version! Shocking huh?

I think that was the highest point in Sarah Michelle Gellar’s career, and made Selma Blair hugely popular.

Plus, I really like that ending with The Verve’s Bittersweet Symphony — after all the overplaying, it still is a good song.

No list of mine is complete without this film. If you’ve known me for a while, you’ve read me everywhere on the net talking about this film. It really did change my way of watching films… as you may notice from some of my future picks~