To many people, this began the new string of Disney films of the 90s.

Plus, I love Lumiere.

Remember I said Nemo (not the fish kind) had the scariest scene on animation? Well, animation for kids, anyway~

Well, say what you will about Don Bluth Animation (I almost included All Dogs Go to Heaven in ’89), but the freaking owl Duke was a scary character, complete with that “hunt your dreams” factor. 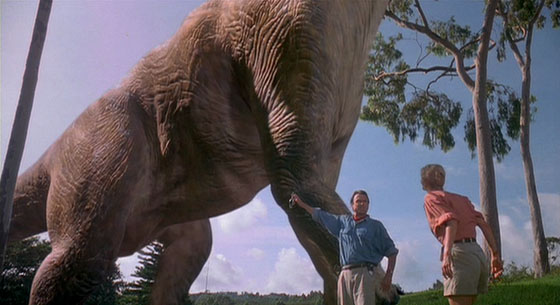 No list of my life would be complete without Jurassic Park. After all, I wanted to be a paleontologist at one point in my life. And I wanted to do 3D because… well, I could study dinosaurs to make 3D models of them. LOL

I have to admit that most of the effects used on this movie still look pretty darn good for being as old as they are now. You know what will be the scariest thing? The day I catch a broadcast of Jurassic Park on TCM — That will be the  scary day when I finally realize I’m old.

I have to admit here that according to my IMDb, I hadn’t seen too many 1994 movies. I gotta say that, besides Nina on Black Swan, this is probably Natalie Portman’s biggest acting gig ever… right next to Closer, and Garden State.

It is in Shunji Iwai’s understated visuals and mastery at evoking that make this romantic drama so heartbreaking.

Same here, it just seems that I didn’t watch much of anything these couple of years. My movie memory of them are almost blank, so I gotta choose this little romantic drama that I saw a couple years ago. I love it so much that I included it on my list of Five Unlikely Romances for 2011’s Valentine’s Day.