Ok out of the top of my head:

Oh! Dakota Fanning and Anne Hathaway representing for the women~ 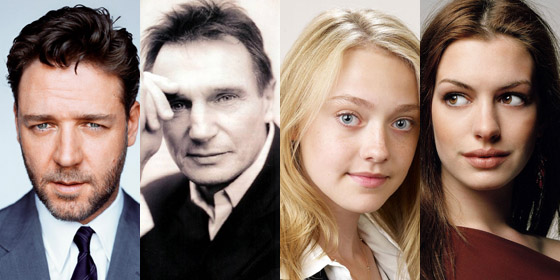 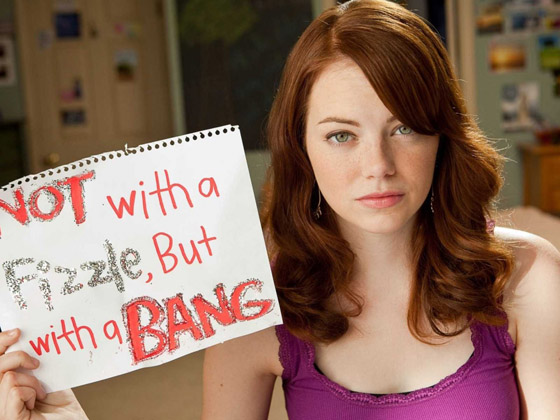 For newer ones, I really enjoy the work of Emma Stone. She has the comedic timing and potential to really make her a class act.

and Ziyi Zhang. Something about her is just extraordinary. 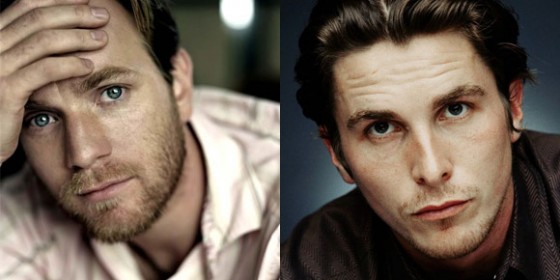 There is no way to hide this and having Julyssa pointing it out. My favorite actress is Yu Aoi. She’s got that effortless way of shining on screen. She’s got great comedic timing, but also can pull of drama convincingly.

I also like Doona Bae ;P Probably because of similar reasons.

And since everyone is adding so many cool American actors, Australians and Brits~ Most of you anyway, I’ll add more Asian:

Maggie Cheung is like… the epitome of Classic Movie Star. Alongside Gong Li — I mean, I think her English name would be Li Gong… but she still is Gong Li. How awesome is that? Though Cheung’s career has more variety (I think she’s done every genre) than Gong Li’s — who’s done mostly dramatic stuff — Gong Li can really play crazy awesome characters like in Curse of the Golden Flower. LOL

Her older Zhang Yimou stuff is great too, like Judou and Raise the Red Lantern. 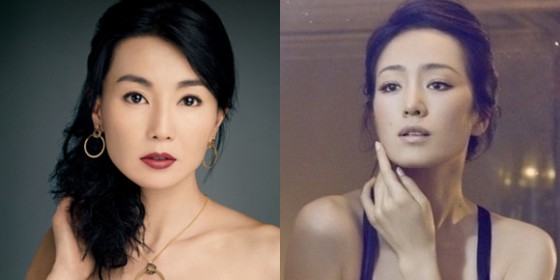 There’s also Hiroyuki Sanada, whom everyone knows from Lost (if you watched Lost) — if you haven’t seen Twilight Samurai, I suggest you check it out. The guy even learned Chinese pronunciation to be able to lead the film The Promise in 2005. He can show any expression with just a look in his eyes… I swear to God~

Then there’s Tadanobu Asano who’s gone through every type of genre. I respect the fact that he was the lead in Mongol, which ultimately became Kazakhstan’s official submission in the Foreign Language Film category for the Academy Awards. It usually takes balls to accept the lead in a movie you don’t speak the language, to play a historical figure. I like that.

Oh, I also love Ryo Kase. For his ability to do different genres (too), and the broad variety of films from around the world he’s done. Not many people (from the west or the east) can say that they’ve worked with Gus Van Sant, Takeshi Kitano, Yoji Yamada, Satoshi Miki, Tetsuya Nakashima, Mamoru Oshii, Michel Gondry, Clint Eastwood, and Hirokazu Koreeda.

I just need him to work with Alfonso Cuaron (or Guillermo del Toro, or Inarritu), Zhang Yimou or Wong Kar-wai… and maybe Joon-ho Bong or Wes Anderson or Spike Jonze — and his CV will be complete. LOL

What are your favorite actors and why?

Do you not know someone in here?