Mirella: So do you know that both Cumberbatch and Freeman know about the porn? XD
Julyssa: I know about that :P
Mirella: I wish I could talk to them about that. XD I want to know if there was one story they liked/saved?
Julyssa: Maybe we can try and make this go viral, so that we can ask them!
Mirella: lol
Julyssa: cus I have a dying question: who tops? :P
Mirella: Wars have been raged about it
Julyssa: Really?
Mirella: Yup
Julyssa: Like topping makes you more of a man, I would say the bottom knows how to take it like a man…
Mirella: Not about that, but mostly about what fits their personality better and both sides make compelling cases.
Julyssa: People can be so versatile…
Mirella: That’s what I think!
Julyssa: Hmmm
Mirella: I think they take turns XD
Julyssa: lol wouldn’t it be funny to ask the real Cumberbatch and Freeman about who would top if they were in a real relationship? HAHAHAHA 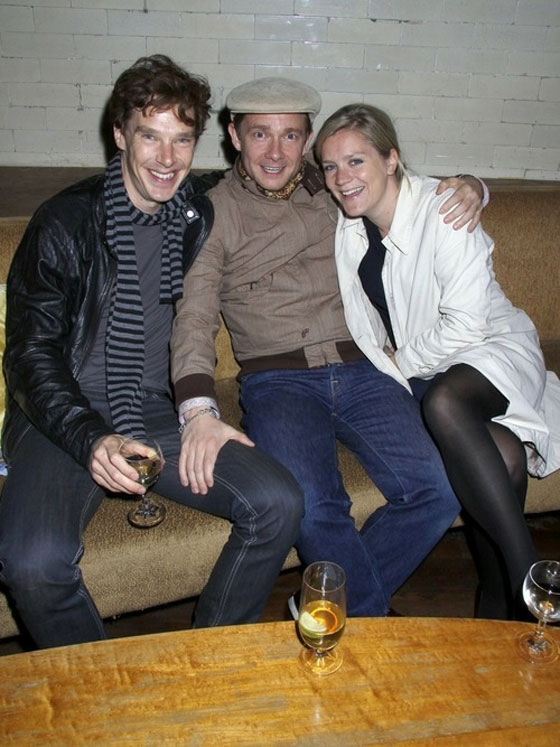 Mirella: Freeman would totally say he’s the top
Julyssa: Hahahaha that is so funny
Mirella: and Cumberbatch would say something about his size/height.
Julyssa: HAHAHAHA!!!
Mirella: and Freeman will be all like “I can still take you!”
Julyssa: Aw goddddddddd I am laughing so bad!
Mirella: You know it’s the truth!
Julyssa: Aw gosh, I wouldn’t know the first thing about it. I don’t care, I just kind of want to watch the sextape if it comes out :P
Mirella: Mmmm, anyway you think all that Irene and John problem with their sexualities could be helped if they put Sherlock in drag? Well, Benny sure looks comfortable in a dress. 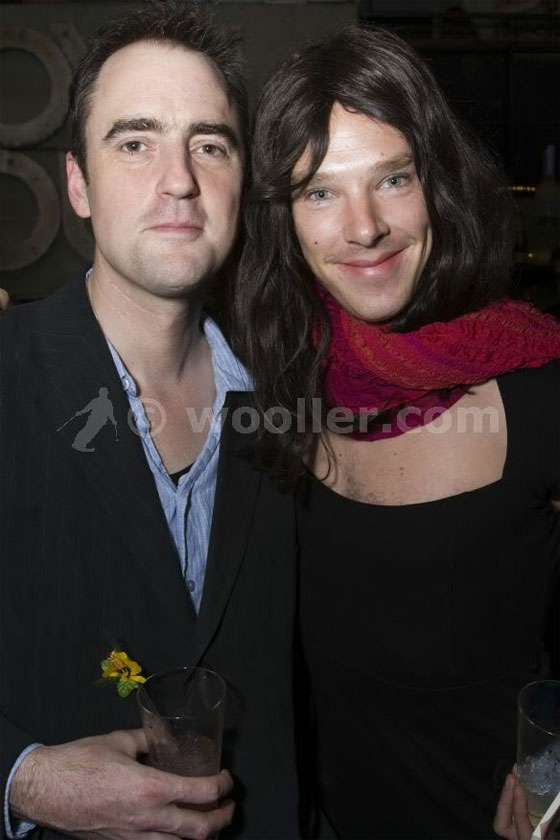 Julyssa: Cumberbatch makes an ugly woman, so no.
Mirella: Nah… he just needs better make-up and shave his legs/chest XD
Julyssa: lol hell no girl, he makes one ugly female
Mirella: ahahahahaha
Julyssa: but that is oki cus he makes one hell of a handsome man
Mirella: Yeah, not everyone can be Jude Law
Julyssa: Or Downey Jr who makes one pretty old lady xD
Mirella: lol XD He feels he looks like a hypothetical sister on steroids XD
Julyssa: well he does!
Mirella: Oh well, men in drag is another kind of talk… for another day
Julyssa: Indeed! :P