Greetings, YAMMies! Welcome to another edition of the Editor’s Chatroom! We want to apologize for posting last week’s edition a day or two too late. We are trying our best to keep up ;P

Julyssa: Aight! What do you want to talk about?
Amy: Let’s talk about Instant Loving because that’s way more fun!
Julyssa: Hahaha! Save the serious stuff for later? Or like, for never?
Amy: Serious stuff for later… I have few entertainment loves~
Julyssa: Not regular loves Ames! Instant loves! Those entertainment things, be it music, books, movies, series that you instantly fell for.
Amy: I have VERY few instant LOVES
Julyssa: You do? I have several, but then again, I have issues. Some examples of my instant loves: Kent, Coldplay, Morning Musume, DBSK…. Alicia Keys, CGB, Emily Brönte, Jane Austen… HARRY POTTER! 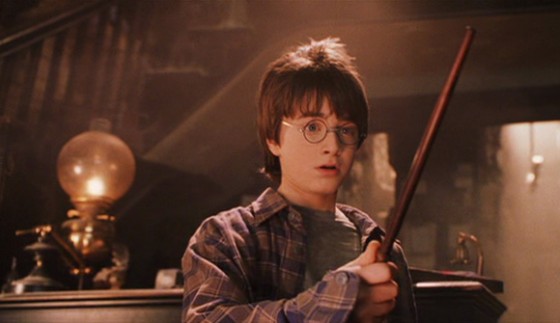 Instant Love between Harry Potter and his wand.

Amy: For me Harry Potter wasn’t Instant Love. I did wait for the two films before I got into the books… I guess I could say Azkaban was an Instant Love for me~ I finished reading it, and that was it for me.
Julyssa: For me that first page of the first book was an instant love. It was kind of when wizards get their first wand you know? All the: eyes pop open, wind blows, you feel the power flowing.
Amy: Hahaha, the first page of Harry Potter picked YOU!
Julyssa: Oh hell to the yeah! Then with music loves…. well it’s a mix of a lot of things. More then often I hear something and my heart goes “click!” and that’s the sign.
Amy: I’m not an Instant Love kind of person… not even with Yu Aoi xD
Julyssa: If you’re not an instant love person, the hell are we having this conversation? :P You must have fallen for something in an instant, at least once….
Amy: I think, the only artist I can recall lately has been Bibi.
Julyssa: There we go! Yeah, Bibi. But then again, she is so lovable!
Amy: Those 15 seconds on the Beijing Welcomes You (北京欢迎你) video… that was it.

Julyssa: Don’t you remember those 15 seconds so vivid?
Amy: When I saw her in those short seconds, I was like… WHO IS THIS?
Julyssa: It’s like, time slowed down for a minute and everything was a bit fuzzy. Yeah, and then you go: “I need to find out more! I need to explore!” Yet you know you are going to like it, it’s like your brain already made up its mind that the stuff is gonna be real good. I don’t think I have never once have been wrong about my instant loves. If I fall hard for a song, I buy the album because I know the album will be that good.
Amy: It’s like… a calling. LOL
Julyssa: Exactly. I don’t think I have been wrong once. It’s crazy and a little scary.
Amy: You know deep within that you’re made to be fan and subject forever. xD
Julyssa: It’s like a shackle being put on you, but you really don’t mind.
Amy: But like I said… it hasn’t happened to me often… but it does to you. Why do you think that is?