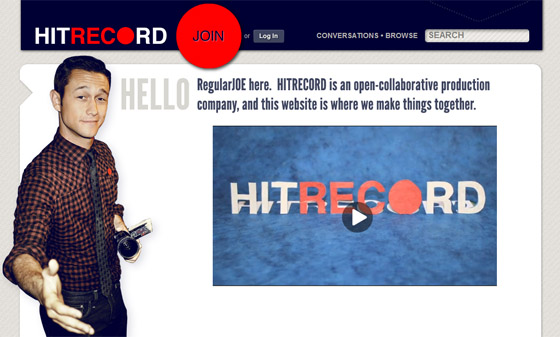 Julyssa: Anyway, about crowd collaborations —  I must say, that I am getting giddy about it, specially with the hitrecord.org projects.
Amy: There’s a lot of good things that come with crowd collaborations…
Julyssa: Oh yes! YAM is a great example!
Amy: Especially if it involves cross-cultural artists. There’s a really HUGE downside to crowdsourcing, though.
Julyssa: What is that? The fact that too many people start begging for money?
Amy: You can’t make a living out of crowdsourcing…
Julyssa: Hmm, but isn’t the idea of crowdsourcing to get a project starting, and then that project should get some form of revenue?
Amy: Most of the times, I feel like it’s all passion projects. And passion projects are great… but there are just a few out there who can make a living with them. The people most interested in seeing the project go are the ones who have already paid for it.
Julyssa: I wouldn’t want to fund a project, and then pay again to get the end result….
Amy: The thing to overcome is to get other people to want to pay for it.
Julyssa: So there’s this very hard two-step of revenue that needs to be done, the sourcing, and then the sales?
Amy: But to reach the sales part, you also need a budget.
Julyssa: I think that the positive aspects I see with crowdsourcing is that more projects get to see the light of day.
Amy: Film and art projects are being democratized, that sure is happening. People, any person, can make a movie or some form of art…. if it’s good or not, it’s another thing. xD
Julyssa: That is very true, so I am starting to wonder if crowdsourcing will eat it self up. I mean, sure, people can decide between what they want to source, but there are so many ways to make sure your project is noticed, and therefore, more easy to fund. But what about that little person that has this great idea, but no contacts?
Amy: I really do think it’s all about the connections… sadly.
Julyssa: Here, I was thinking that crowdsourcing would even out the competition, but I guess not.
Amy: Every artist needs a good rich friend. ;O Let’s talk about Justin Bieber for a minute here… he was found in YouTube, and then got signed with Usher.
Julyssa: Yes. So did many kids back then, if I remember correctly.
Amy: But how did he actually get noticed by Usher?
Julyssa: I think it was a combination of good views, some internet hype and Usher actually having an eye for raw talent.
Amy: So for every thousands of kids, there’s one diamond in the rough.
Julyssa: Not that Bieber is that talented, but the kid is marketable.
Amy: Exactly – I think that’s crowdsourcing as well… from the many projects done in crowdsourcing, there must be one or two in which people just find something that just works… The sad thing in America is that every movie deemed “the little movie that could” is actually a pretty big production of 8 or 10 millions — which is nothing in Hollywood LOL. I don’t know… crowdsourcing is pretty much a mystery still to me. What really compels you to give people you don’t know money?
Julyssa: Well, it seems to have become a huge phenomenon. I see more and more projects pop up asking for resources. I think it’s part the art — if it is a great layout, song or idea for a movie — part the passion of the person doing the project, and also part me wanting to be part of something that can turn great you know? Like with Remember o Goddess, but that is mostly my bias towards Kim Jung Tae. I am greedy, and want to see him in a movie I know will be English subbed :P
Amy: Hahahaha! So it’s also who you get on the project! What about projects where you don’t know anyone?
Julyssa: Well, there was this game project. I didn’t know anyone there, but I gave a dollar because the art was really great. That was my first kickstarter pledge ever!
Amy: Oh, but you didn’t donate as if you would have done if you knew someone there…
Julyssa: No, I gave money because it was the first time I encountered that kind of project, it looked amazing and I wanted to try it out.
Amy: I did my first donation before Crowdsourcing websites became hip xD
Julyssa: You mean the server?
Amy: Yeah… I didn’t know anyone, but I had been a daily website visitor. So I donated about $20 that time…
Julyssa: oh ohhhhhh! Wait! I remember funding stuff, not a donation, but giving money to international Kpop forums to pay for servers and such! xD 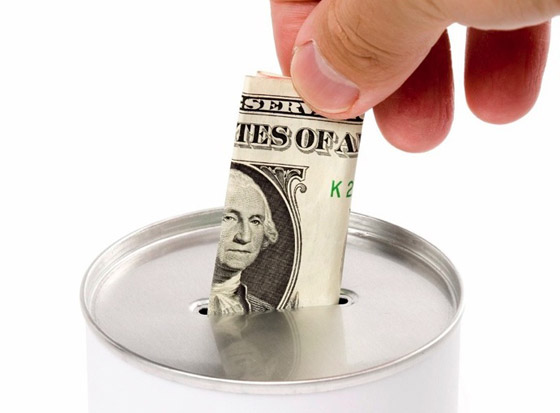 Amy: Right? Those are your first kind of crowdsourcing…
Julyssa: I had forgotten about those! I gave the international SHINee forum like 50 bucks, and the DBSK O! Forum as well!
Amy: Do you think fandom is the base of crowdsourcing — in terms of money, that is. I mean, Amanda Palmer has raised over $300k USD [1] in a matter of days…
Julyssa: Fandom is the best base really. I have seen Kpop fans from all over the world get together, and donate or help sites and organizations with time, as well as money. Isn’t that what ACIEPA does? The ones you interviewed?
Amy: Pretty much, I think they’re more about being a community, though. It’s not really about getting people money, but helping them save money in their fan activities. How about creative collaborations, though? Like Joseph Gordon Levitt’s hitRECords.
Julyssa: OMG! I am so in love with that
Amy: What makes creatives give out…
Julyssa: I am mostly in love because they give money back to the artists, it’s a really great project!