An Introduction to Slash Fiction 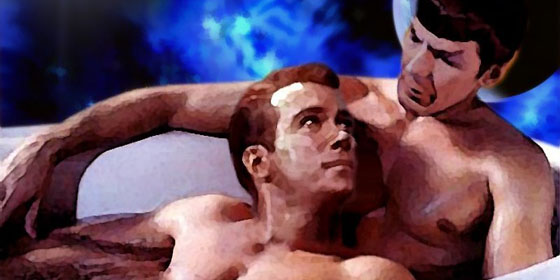 Funny thing is that slash originated when fans of Star Trek started to write Kirk/Spock fics. The term slash comes from the “/” as when you say Kirk-slash-Spock. It has since then become the term you use when talking about homosexual relationships between characters.

Nowadays, people also use the Japanese terms of yaoi — for male homosexual relationships — and yuri — for female ones. But those are used mostly in the anime and manga world.

Slash implies that you are about to read a story about two male characters involved in a sexual act. It is so rarely just a story without the sex — so yes, slash is kinky in that way.

It is a phenomenon. We see that slash is being written in every fandom, in every kind of rating, from China all the way to Peru. There isn’t one fangirl/boy that loves to write about their characters getting it on and mostly two male ones. Why that is, well it’s hard to say. Our delusional fangirls tried to figure it out, but they came out short. They just like it.