YAM Magazine recently scored an interview with San Francisco based authors Jon Eastman and Stuart Thomas, whose forthcoming graphic novel 13 Legends is currently in the midst of a fundraising campaign through crowd sourcing website KickStarter.

Eastman and Thomas talk with us about their novel, what it’s like to work with a partner and how crowd sourcing has worked as a source of funding. 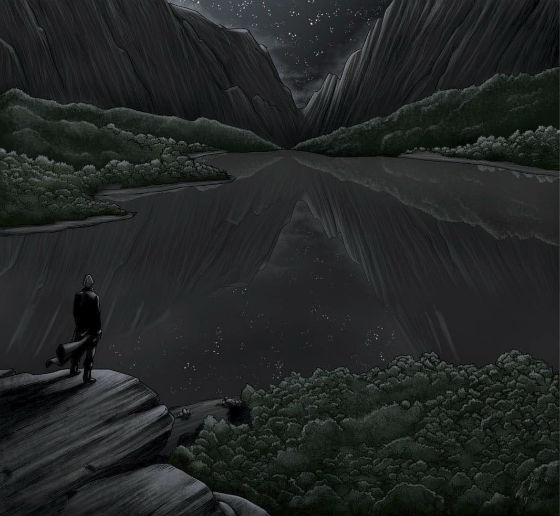 How did you first get together as a partnership?

STUART: Jon and I met in our second semesters at the Academy of Art University in 2006. We were both in a screenwriting class and we hit it off, as we shared a common approach to story and a shared sense of diligence, which perhaps is as important as a creative connection – maybe more so when you’re talking about collaboration. We started writing together at university and then when we graduated in 2008, we continued to write screenplays together.

We made our arrangement more formal in 2010 when we set up StoryForge LLC, our main company, dedicated to our screenwriting projects. Frosty Ogre is our ‘brand’ for our graphic novel ventures, and 13 Legends is our first big work – a planned 13 volume series, the first of which we’re promoting right now via Kickstarter.

STUART: I love it. I’ve been writing professionally for 20 years – I did a ton of theater and other stuff in the UK before I moved States-side – and in the last five years, I’ve written with several partners – I’ve written as a part of a partnership more than I’ve written alone in that time. There are things I don’t like about writing alone — the solitude, for one. It gets lonely, just you and the laptop and the potted plants. So having someone else to bounce stuff off, and just having someone else in the room, is great, I think.

It’s also a challenge because when you’re writing alone you can allow yourself to get away with something that’s not quite right, maybe because it’s something you like more than you should – a line or a character, for example: with a writing partner, everything has to pass their taste/quality test too because they will challenge you to justify your choices, which can lead to spirited debates, to be sure.

But it totally leads to stronger writing, I think. Writing that’s better in an objective sense. You know an aspect of a story or a scene is good when you both agree that it is, or when you can convince your writing partner that your way is right – not easy at the best of times and impossible when you’re not right! (it can happen.)

The thing that really matters in a writing partnership is that you both check your egos in at the door. Jon and I have raged at each other on certain aspects of a story but we both know it’s not us – it’s the work, and we both want the work to be good. I’ve had a couple of rocky co-writing relationships because of the clash of egos. With Jon, because I trust his sense of story (sometimes more than I trust my own), it’s easy to let go of my own feeling of ownership of a script and to see it as a shared thing.

STUART: When it comes to creativity, yes. We’ve tried various approaches to collaboration and it’s been really interesting, seeing what works. Our first feature screenplay, we wrote in the same room, for the most part, which led to a very intense experience.

Jon tends to take the plot into consideration more than I do when developing the story — I am more inclined to let my characters guide me into the story. So, on our most recent feature script, Jon wrote a beat sheet, we worked on revising it together, and then I had a crack at a draft. Jon then gave me notes and we kept on going in this way for another three drafts. Now Jon is doing a final draft.

Jon has been far more involved in the world of the graphic novel we’re working on than I have been, though. It was his idea in the first place. I’ve done some work in that area but not a huge amount, and it’s not really been of great interest to me – until now.

When Jon pitched the idea of  13 Legends – this mammoth mythic melding of Arthurian lore and alternate history – I was blown away by its potential and by its suitability for graphic novel treatment. We wrote the script together but when we started on the process of hiring artists and then guiding them through the process, Jon really took command of the project.

He’s done amazing things with this whole endeavor and put in many, many hours, and now he’s really helping us on Kickstarter. I’ve contributed in other important ways – I came up with the capital for the initial art work, for example — but the reason this book is getting as much buzz and attracting so much support is down to Jon. He has steered this ship creatively and practically.