Music goes beyond that understanding, and relies on pure emotion. Sometimes, it doesn’t matter if you don’t understand what a singer sings about as long as their voices move you… or the beats are tight. Rhythm is contagious, and we’ve all been victims of it when this happened:

Remember when Ricky Martin exploded into the American music scene, and suddenly everyone and their moms were dancing to Livin’ la Vida Loca? Of course, Martin’s good looks, swinging of his hips, and million dollar smile made everyone insane, and all of a sudden everyone had Latin fever. Our dear Ricky had the upper hand being Puerto Rican and bilingual to boot, his transition to super stardom was effervescent because Latin Americans already knew him singing in Spanish and had no issues with Ricky singing in English.

Others surely followed, like Enrique Iglesias with Bailamos [MV], Marc Anthony released a fairly popular Latin album in English, and god knows how long it’s taken Shakira to release proper new material in Spanish since she went blond singing Whenever, Wherever [MV]. Of course, Latin fever faded quickly… Marc Anthony became more known for marrying Jennifer Lopez, Enrique Iglesias for removing his famous mole, and Ricky Martin became a “has-been” because he wasn’t charting on the Billboard Hot 100… when, in fact, he’s just as huge a star everywhere else in the world.

Do we really need to measure the success of an artist by his mark on American pop culture? Is Shakira all that much more important to music than… Jose Feliciano just because more Americans know her? Maybe topping mainstream America is the point of burnout, maybe when Korean entertainment makes it there, it will be the tipping point in which the water will begin spilling… but it has to happen. Everyone with your mom has to be bopping their heads up and down to a silly Kpop song before it goes away.

American pop culture isn’t any different than other pop cultures, we’re just more exposed to it because they’ve got offices everywhere in the world. From Disney offices in South America, Warner offices in Japan, Sony Music in Taiwan, Universal in Sweden… they’ve got someone somewhere, so we’re always constantly exposed. While the Academy Awards stands for the American Motion Picture Association, we regard it above other awards like the BAFTA Award, the Japanese Academy Award or the Cesar Award, it is really nothing more than just better brand recognition. The same thing can be said about the GRAMMY. Yet we revere it, and would (almost) never complain about how much American music airs on our radios, or how many American shows are broadcast on our channels, or how many of our theaters show American films over any other country, including our national productions.

Peruvian television, even if I can complain over the quality of the programming, has had over the years a lot of flavor. I had been able to see Japanese programming — including anime, versions of the Super Sentai series, and even NHK educational programs — as well as Peruvian game shows (and even some questionable talk shows), assorted Mexican telenovelas alongside some Brazilian telenovela productions (dubbed in Spanish). We’ve seen Argentinean telenovelas, and as of lately we’ve had a share of Colombian telenovelas and some Pan-american telenovela productions from Miami. We also have our American programming, dubbed in Spanish, if you don’t have cable… which has recently began showing a lot of dubbed programming, and because we’re cool like that — don’t forget the assorted selection of Korean dramas now ;P 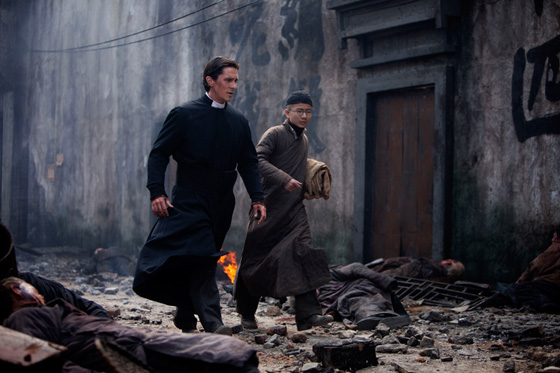 Is Takaoka singling out FujiTV for showcasing Korean dramas, and saying there’s too much of it, a racist statement? No. Is he scared for the hungry competition from not only his Japanese colleagues, but now Koreans as well? Maybe. Who wouldn’t! It’s double the competition for roles now. Will the essence of Japanese dramas be lost with a Korean lead? No, as long as the Korean actor can speak Japanese… and maybe we can forgo that if the lead character happens to be Korean. Do we see the Chinese film industry freaking out because Christian Bale is starring in a Chinese film directed by Zhang Yimou? No, that only makes the production all the more high profile.

What’s your take on the subculture becoming mainstream?

How much is too much of something?

Is entertainment outside America too America-centric?