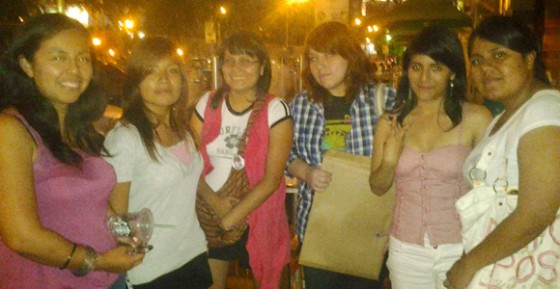 I got together with — from left to right — Wendy Pozo, Leslie Ulloa, Berenice Ventura, Sharon Enciso, Janell Alvarado, and Ashley Requena to talk about various topics like the distribution of Asian content in the country, subtitles and dubbing of their favorite shows, the spread of Asian entertainment in their friend circles and families, Hollywood remakes of Asian content, growing up with Anime, idol recognition, themes in Asian dramas or movies, among other topics that veered all the way into Lady Gaga territory and Justin Bieber on CSI.

Dream High was put together really well. It had all these elements — JYP and Bae Yong Jun from Winter Sonata among other things — that made it the early success that it was, and the story and heart of it is what is making it the success that it is now.

Some of our members watched the RAW (non-subtitled) versions of the Korean or Japanese shows, then with English subtitles, and finally with Spanish subtitles. The subtitles for Dream High were extremely timely, they took only about two or three days to hit the net after broadcast.

Sometimes it’s unsettling to listen to the dub of a kdrama and then realize it’s the same acting voice who did Goku in the Latin American version of Dragon Ball. We’ve all grown watching Anime with the local broadcast, so it’s definitely weird.

Personally, we would prefer that Panamericana would show the subtitled shows, we’re not very big fans of dubbing. Even though we don’t speak the language, the inflection in their voices and the little details added to the characters is what should matter. But it’s understandable to have it accessible to the general public that wouldn’t necessarily read subtitles. But you should get them accustomed to it.

Some of our parents don’t even like to read subtitles, but they just laugh out loud at things like Family Outing, without ever understanding what is going on — but variety shows are another thing.

Amy: How about broadcasting Jdramas in Peru?

It’d be amazing if Panamericana would broadcast Jdramas because their programming has quite a bit of Kdramas already. It would be an amazing goal to get this with the support of all the fandom, but it’d be a hard work of years.

Ashley: I really loved Dream High, I wouldn’t be exaggerating by telling you I’ve seen the show at least five times, but still you’re left wanting more. I even got to watch it with my mother to the point when she began recognizing the stars of the show by their names.

The show has definitely set a high standard for Dream High 2 [1], hoping they fill the high expectations everyone has for the new series. 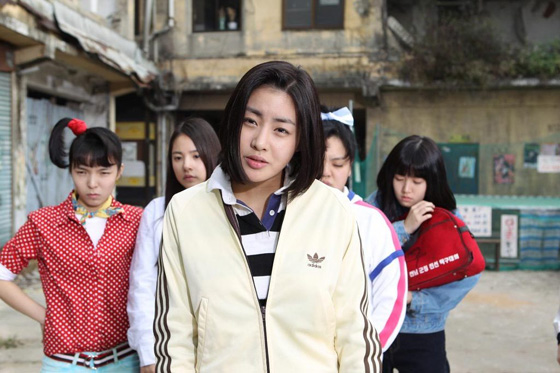 We heard about Kang Sora when we heard she was going to be in We Got Married with Leeteuk (Super Junior), we are big Super Junior fans.

Ashley: Leeteuk is actually my favorite from Super Junior, and having him in We Got Married with Kang Sora was kind of a bit unsettling, even though I can’t deny Kang Sora has her own qualities. I hope she fills the shoes needed to be the lead actress in the show.

Variety shows are a league on their own — there’s so many of them, and many of them outrageously funny. Not only in Korea, China and Taiwan. There’s also the Japanese ones like the ones by Arashi, or SMAP. SMAP’s variety show is just too much, especially when they do the final number with their musical guest, like Justin Timberlake, Katy Perry or Lady Gaga.