“Why Do I Keep Hitting Myself With A Hammer?”

“Because it feels so good when I stop.”

Oh, Grey’s Anatomy. How your ending quotes kill me. I always get a nice chill when Meredith narrates and says a quote. Call me silly, but all the quotes I’ve heard so far have made me shiver in delight. Yet I haven’t seen the entire series. I usually catch an episode here and there when I visit my parents (as they are the ones with the huge tv and cable). I always intended to watch it from the beginning and catch up but I never got around to it. I guess I suffer from the same commitment issues as Amy. 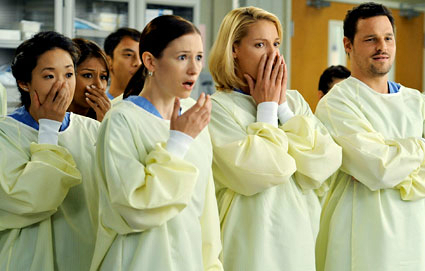 *le gasp* You dare not watch our entire show?

There are other shows which I wish to commit to but really haven’t. Gossip Girl is one. When I manage to catch an episode I always want to watch more but then I have something else to do.

Then we have Glee. It hasn’t been possible to miss the Gleek fever that has spread since the beginning of the series. Especially on my Twitter. So when I saw this today, I was left wondering why I don’t watch this show.

Plus that Brittany is one very hot girl. Like woah.

Lastly, I have got my eyes on Pan Am. Partly because I have a thing for period dramas, because Christina Ricci has a role in it and because ER writer Jack Orman and The West Wing’s executive producer, Thomas Schlamme, are in charge. By the way, those were two shows I did watch from beginning to end. 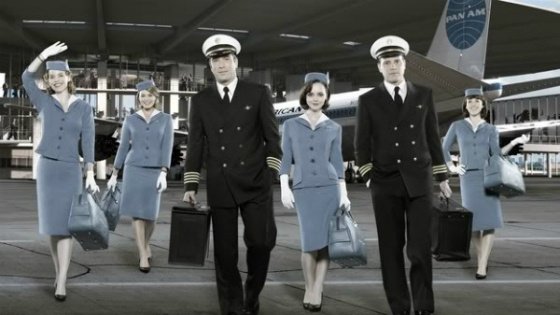 Is it worth the watch?

Makes me wonder if TV shows used to be good and now they aren’t? Or is it my lack of a television? Or my lack of interest? Because it is not that I am doing anything better with my time. I am a great multitasker. Watching Grey’s Anatomy while I write this. Heh.