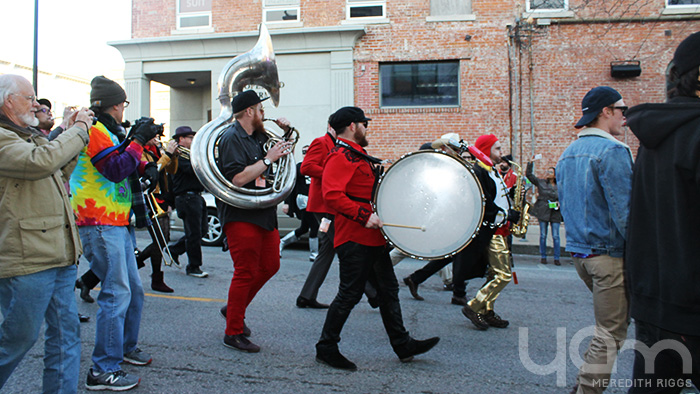 Early Friday evening, the festival got into full swing with the March March Parade, which allows everyone – festival participants of every kind – to march down 9th Street, close to where all of the festival venues are located. Most parade marchers, like the Q Queens, wear outrageously bright and funky outfits. Some band members from Mizzou were on hand and many enthusiastic attendees glided through the route. 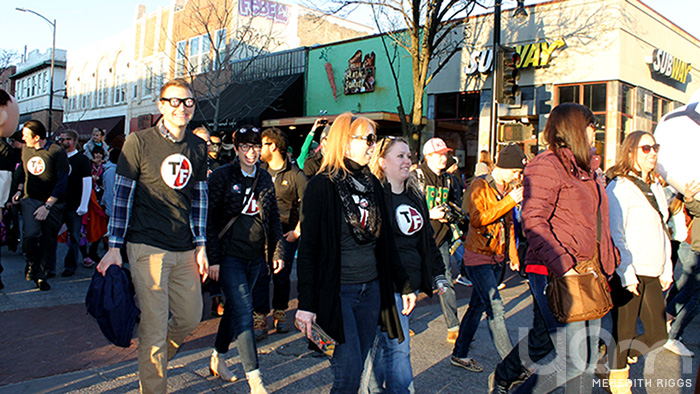 I Am Not Your Negro

As I waited in line that night (on day two), the Q Queen – appropriately named Sparkle – told us to shake hands with the people in front of us and behind us. Luckily enough, I struck up a quick friendship with the two girls standing behind me. They attend a university that’s located not too far from my hometown. It was a chilly night and it was really nice to have fun while waiting in line. We found seats inside the Missouri United Methodist Church’s annex (called The Picturehouse during the festival) to watch the film.

Prior to the screening of Raoul Peck’s I Am Not Your Negro, I had only heard a little bit about the writer, James Baldwin. After viewing it, I decided that I have to track down his written work. The film was unique in that it was made up entirely of Baldwin’s words. It covered his thoughts on racial injustice in America in the middle of the twentieth century and the lives of three of his friends: Martin Luther King Jr., Malcolm X, and Medgar Evers. Much of it was filled with old clips of him speaking on television. The rest of it was narrated by Samuel L. Jackson, speaking only words uttered by Baldwin. To me, it really brought the racial injustice of the past into full light, as Baldwin is, in my opinion, one of the most eloquent and compelling speakers ever heard on any subject.

On Saturday morning, I watched my favorite documentary of the festival, The Grown-Ups. Directed by Maite Alberdi, it’s all about a class of adults with Down Syndrome in Chile and the trials they face every single day. They are taught how to cook in the school’s bakery. A tender love story is illustrated between two of the students, Anita and Andres and it absolutely pulls at your heartstrings because in Chile, it is still illegal for adults with Down Syndrome to marry.

The film also focuses on a student named Rita, who has a more severe case of DS. She’s so cute; Rita wishes for nothing more than a Barbie doll for her birthday and she has a knack for sneaking bits of the food she cooks for herself. Ricardo is the fourth student who the film focuses on. He’s a strong-willed man who is intent on living a totally independent life, saving up every penny he makes at work, at which he is infuriatingly underpaid because of his disability. The story is told so wonderfully and audience members fall in love with them all.

That evening, I made my way back to the Picturehouse to watch Dina. Stylistically, this one kind of reminded me of Albert and David Maysles’ cult classic 1975 documentary Grey Gardens. Directors Antonio Santini and Dan Sickles chose to frame the film in a static manner: there is little movement of the camera and shots are often long, allowing the action to just happen.

Dina, the titular character, is a middle-aged woman living with Asperger’s Syndrome. After having gone through a frightening ordeal some years back, we find her ready to marry her kindhearted fiancé Scott, a working class man who also has Asperger’s. However, they can’t agree on one thing: sex. After they are married, Scott is still uncertain about consummating, nervous that he won’t be able to do anything right. Dina is the opposite, talking candidly of her desire to be intimate with her new husband. Even through that, Dina and Scott are aware that they are able to express their love in many other ways and they do just that. 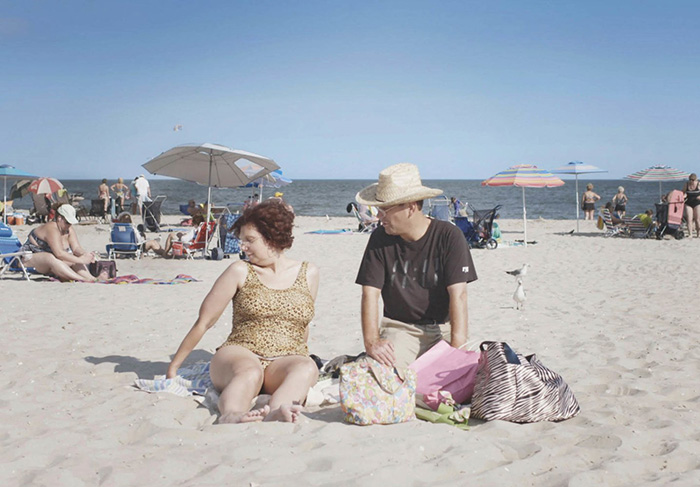 On Sunday, the final day of the True/False Film Fest, I adventured to the Ragtag Cinema – a champion of screening independent films to Columbia’s residents – and sat down to watch a French documentary called Mimi. Upon introducing the film, the moderator said that she thought it was the only documentary at this year’s festival to be shown in 35 mm format (which was correct). As a classic film buff, I was psyched to hear that statement.

Visually, it was my favorite experience at the festival. In my opinion, digital film can look amazing, but actual film – if used correctly – is a work of pure art. I was fortunate to ask the director, Claire Simon, a question. Of course, I couldn’t resist asking about the format her documentary was shot on. She responded with an unequivocal preference of film over digital. Simon firmly and enthusiastically explained that digital film simply cannot capture panning shots like 35mm can. In the trailer below, the long panning shot in the film is shown at the beginning and end. Paired with the operatic music, it’s a lovely spectacle.

Like thousands of others, I count myself fortunate to have attended this year’s True/False Film Fest. Braving the cold weather, stuffing yourself with delicious food, making great friends, meeting up with old friends (shout out to my online pal Anne!)…All to watch as many documentaries as you can possibly pack into four days. Rock on, True/False, you Midwestern cinematic marvel.