I’m a very big fan of the type of humor/drama that Kankuro Kuro often displays in his writing. And I do love anything that can make me cry and laugh myself silly [1] all at the same time. 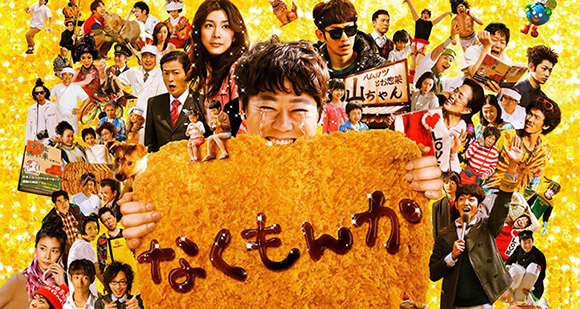 I knew Joan Crawford was damn charming when she wanted to be- and what editing! And damn that gym scene where the chemistry with Clark Gable explodes.

I usually run away from iberoamerican or latino film-making, it’s always Hit or MISS-MISS (mostly misses than hits) with me. That year at the Academy Awards, we had TWO. TWO! TWO movies nominated for Foreign Film! My home-country’s The Milk of Sorrow, and Campanella’s The Secret in their Eyes. High praise and a hint of skepticism isn’t the best way to approach a film, but expectations were met… and maybe even surpassed a bit.

There weren’t any feelings shown, but very solid piece of film.

For some reason, this 2014 was the year of nude selfies (or just regular nude photos) scandals. The Cloud remains a mystery to people. However, before J.Law’s nakedness became accidentally part of the public domain, there was the scandalous 2008 Edison Chen incident [1], when the dumbass sent his personal computer (where he kept whoever knows how many naked photos of his women conquests, many of whom were famous personalities in East Asia) for repairs or something. The results were, of course, pictures leaked online all plastered on rag magazines and tabloids for public consumption.

One of them women whose photos were leaked was actress and half of Twins duo, Gilliang Chung, who in 2004 had made a movie with Pang Ho-Cheung dealing with a similar subject matter when her character’s ex-boyfriend leaks nude photos of her. And contrary to the subject matter, Pang manages to make it entertaining and not sleazy at all. You’ve never experience Hong Kong the same way he presents it to us.