The UK and its Film Festival Circuit 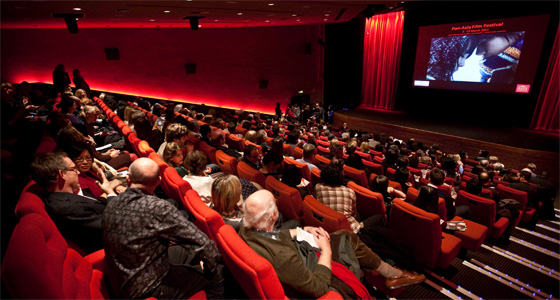 Everyone’s heard of Cannes and the Sundance Film Festival, but not everyone is aware that there are literally hundreds of film festivals worldwide, catering to just about every genre you can imagine.

It’s not possible to list them all, but we’ve come up with some of the best and most accessible for those who have an interest in film and are looking for festivals to visit. There are major film festivals throughout the UK and all over the world, and plenty of smaller ones dotted all over the place that are not only just as interesting, but a lot easier to get tickets for as well!

Many film festivals get a lot of media attention ensuring that even people with only a passing interest in film will have heard of them — Hello, Venice!? I was digging around to find the ones which don’t get so much attention – and they’re all in the UK. Check out the list below.

The Pan-Asia Film Festival is a London-based showcasing Asian cinema from across the continent from from the Middle East to East Asia, with the releases of films such as Norwegian Wood. This year’s edition counted with the presentation of The King of Pigs, and the UK premiere of GF*BF.

This is one of the UK’s most popular film festivals and is held in July every year. It has a mix of shorts, features and documentaries and has a reputation for showing extremely high quality international features.

Another November festival, this was named as “The UK’s most important short film festival” by The Guardian. Held in Bristol, it’s also one of the largest. It is known for supporting both emerging and already established filmmakers and is fantastic for networking.

This festival concentrates on international documentaries and never fails to show interesting and diverse films every November.

Held in through the months of April, May or June, the festival is in its 5th run, with the latest edition running from June 6th to 15th showcasing some of the most entertaining East Asian films worth your attention.

Held in April, the Northern Irish film festival has been going since 1995 when it was founded by author Laurence McKeown. The festival’s films often provide a discussion point about the social, religious and political divides in Northern Ireland. Films are presented in different ways, including on a boat and with live piano accompaniment.

The Leeds Film Festival is the largest in England, outside of London. It shows more than 200 films from all around the world across various venues throughout Leeds. It has previously shown premieres for big titles including The Butterfly Effect and Finding Nemo.

Held in June this is the second most well known film festival in the UK (just after the London Film Festival) and, perhaps surprisingly, is also the world’s longest running film festival. A lot of premieres are held during the festival, which is held every June and concentrates on shorts and features.

The most famous in the UK probably, this is presented by the British Film Institute and held in the UK’s capital every year. Much like Edinburgh, they mostly concentrate on premieres, both shorts and feature length films. It runs during October and November annually.

All of these UK festivals are easily accessible from overseas, there are plenty of cheap flights available to all destinations. If you’re already in the UK, then internal flights can get you around the country if you don’t fancy buses and trains. From Northern Ireland is equally simple as you can get cheap flights to Leeds Bradford from Belfast as well as all other major UK airports.

It’s great to see that the UK has such a wealth of creative talent as shown through its abundance of film, arts and culture festivals.