You are thinking, what the heck is Amy talking about? A Top 10 list of 2010 all the way into October of 2011? Yes, people. Though my 2010 film count — according to IMDb year — is a measly 155 films counting only feature films and documentaries, I finally feel content with the amount of films to consider for a Best of List. 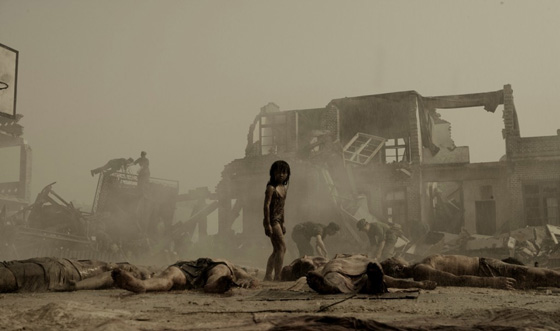 Sorry, guys. I do love me some melodrama, and Aftershocks turns out to be great for it.

In a surprising turn of events, Black Swan — maybe not, I’ve had a Natalie Portman over-saturation period — dropped from my Top5 alongside Inception, which just doesn’t hold off very well after repeat viewings. Toy Story 3 held surprisingly well, but Pixar’s decision to release shorts may have trumped my enjoyment of that perfect trilogy.

Colorful made a killer leap from nowhere and landed to the third spot ahead of Toy Story 3 – $#^*$&^#@&#$*(&$ — sorry, animated films in Japan are still in a whole different league than any other place in the world. Against Colorful, Toy Story 3 themes are kiddy stuff.

Does it look the same as the one you did earlier?