The Popularity of Game of Thrones and its Influence

There was a time when mythical lands, dragons and other fantastical worlds and characters were looked upon as greasy kids stuff and geek fodder. However thanks to blockbusting epics such as The Lord of the Rings, and other cinematic experiences and TV shows embracing the genre in more recent times, it has become a much more mainstream. Then, in 2011, when HBO premiered a new adaptation of author George R. R. Martin’s series of fantasy drama novels, things changed even more. 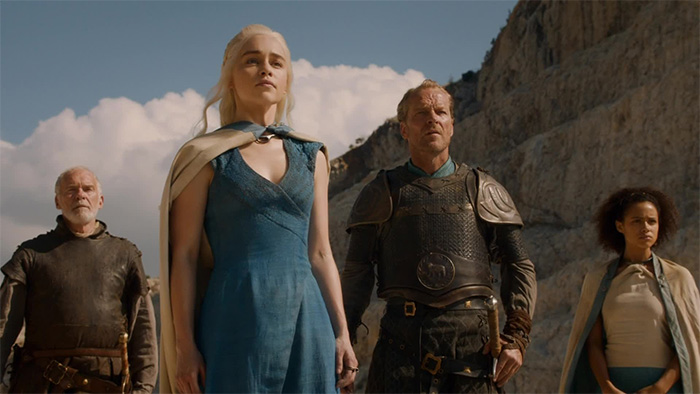 The fantasy phenomenon that is Game of Thrones [2][3][4] has become an incredibly addictive and entertaining piece of TV gold; and what’s even more surprising is the fact that it’s a show that has been embraced by audiences everywhere. It’s a highly charged series that manages to merge multifaceted storylines with intense drama, shocking deaths, graphic sex scenes, nudity, violence, the walking dead, giants and fire-breathing dragons… so there is quite literally something for every viewing taste to enjoy.

The show has won endless awards for both cast and crew and its success has influenced other networks to get in on the action by producing their own similar themed shows. It’s helped spawn more books, apparel, merchandise and games all based on the series, including a special slot game. You can play Game of Thrones Online Slot at Red Flush and if you’re lucky enough to spin in 3 or more scatter symbols (which feature the iconic iron throne) at the casino then you can pick from 4 special bonus features by selecting one of the main houses featured in the show. The game gives you the chance of 243 different ways of winning and also plays the theme song in the background, so you can really feel like you’re in Westeros.

Game of Thrones is one of the most talked about TV shows thanks to its shocking, and often unpredictable, turn of events; and with just a little over a month left before the highly anticipated premiere of season 6, we’re certain there’s still plenty more to come. Game of Thrones also has a special quality that helps ground it more in reality than some other fantasy-based movies and shows. Yes, it features an incredible amount of magical, mythical and supernatural themes, but it’s certainly not the focal point of the show. If you strip those elements out, it could almost be looked at as a history-based drama.