The Journey of a Sci-fi Hating Person – Battlestar Galactica: The Miniseries – Part I

I love experimenting with my parents because they represent the audience I wanna reach. I don’t have many issues with my dad because he likes movies, television and music as much as I do (I gotta get it from somewhere, right?). He’s into big Hollywood blockbusters and foreign commercial film-making — because he’s so used to subtitles. Thus he’s my guide to measure how successful an arthouse film might be with general audiences.

If he falls asleep in your arthouse film, I would consider your film a niche film. ‘Nuff said.

My mother, on the other hand, I swear she has A.D.D. or something. She has a very short attention span to anything that’s outside her interest. In film, that includes historical films about Word War II (she loves Holocaust movies) or any important historical event on film. She also loves Disney animated movies. I always joke that her perfect movie would be if Disney ever decided to make an animated film (with music) about the Holocaust — which I guess it’s a no-no for society, because it HAS to have the music.

“Life has enough drama, why would I pay to see drama in a movie unless it’s real.” – Amy’s Mom.

Her favorite TV shows are CSI (of the Grissom-era), CSI: Miami, CSI: New York, Criminal Minds, NCIS, Law & Order — and all its branches. Seriously, the television is stuck on it. She watches nothing else on TV besides that and political news. She watches those shows, but she doesn’t follow them. She doesn’t watch the show by seasons, she just watches them because they’re on TV whenever the TV is on. 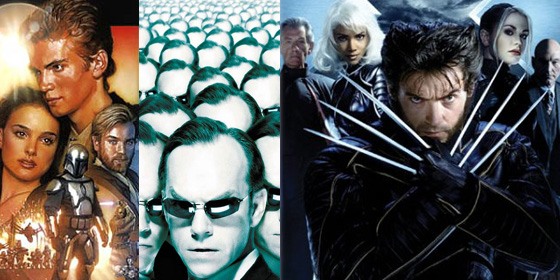 The few times I’ve managed to take my mother to watch movies she wouldn’t watch, it’s always been lukewarm, if not downright failures. She fell asleep during Star Wars: Attack of the Clones, waking up when Natalie Portman fell from the ship and the lady in front of us coughed so loud it was heard above all the speakers at the theater.

She’s also fallen asleep on The Matrix Reloaded when she woke up during the rave scene. X2 had a better reception, but she still dismissed it as a special effects movie while calling it “that handsome man movie” for Hugh Jackman. LOL But who can blame her, Hugh Jackman really is dashing, isn’t he?

My mother gets bored with action movies and she has this perspective that sci-fi is the most silly genre of them all, so it was a HUGE surprise when I told her I wanted her to watch Firefly and find out she loved it. But that’s a story for another post, what I really want to do is talk about my mother’s journey while watching Battlestar Galactica.